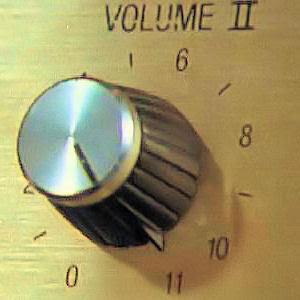 Get ready to turn up the volume. Or rather, get your ear plugs in if you are the sensitive type because the volume is about to go past a level you've never experienced before. Its 'relationship' week in the realm of the cosmos.

Did you catch that double 11/10 number? What are the odds? That the full moon happens to peak @ clock time as the same degrees and mins. it is in astrology time is very rare. Only seasoned astrologers will catch the importance and rarity of this. This is very much getting MY attention. At least for us west coast homebodies it will be very concentrated energy. The fact that its also in the Aries/Libra axis also plays a roll to its power. That's the me vs you zodiac signs. For newbies- Aries is all about me-me-me. Libra is all about we-we-we. They are going to be in a 'face off' this coming weekend.

Making it even more interesting (combative) is the fact that the moon isn't comfortable in the sign of Aries......Coz the moon is soft and Aries is the warrior. And by the same token, the Sun is very much in the front and center and Libra is always wanting to be part of something, (a couple, a partnership, the 'other' gives them a sense of being-being alone isn't their thing- usually).

So there you have it. The battle between how to be a we and still feel like a me. Or being yourself in partnership- not getting swallowed up by your partner's needs. Its tricky for the most compromising of us, and down right impossible for the ego-centric people- or as His Holiness the Dalia Lama says: "the excessive self cherishing". Yeah. Right on DL! You got it- and this week its highlighted in the stars......so get into LOTUS and start meditating now on what you want and don't want in relationships.

If you can discover what nurtures you and give that to the other- well that's a start. Even if what nurtures YOU doesn't nurture them- you've found a place to begin. How to be of service to others is another great path to help one to explore the "I" within the "NON-I".

Relationships that have been on the edge of breaking off, will probably bite the dust. They've reached that point. Sometimes stepping away is the only way to get clear perspective. If you draw too close to the board you can't see what you created. It will look very different to you 3 feet (or 3k miles) away.

For the locals: the face of Los Angeles is changing with this full moon. More unexpected leaders will 'step down'. And sadly, I think more out of control fires are on the way. Our money woes will continue and they will be in the headlines world-wide.

This full moon will ignite fighting for what one is emotional tied to. Finding the compromise is the key, but that key will need aid in being found. Seeking a third party to resolve differences would be a good idea, and solution to building a bridge which allows for the kind of freedom that Aries seeks and gives Libra some of the unity it craves. Therapist and all diplomats will be very busy for the next four weeks.

One of our Supreme Court Justices might just step down or need replaced- suddenly.

The other outstanding factor of this full moon is the opposition between Mercury (the mind) and Uranus (the unexpected). I hope that the airlines use extra caution in the next weeks, with security and also with healthy check ups on all the planes. Mercury is going to be in direct motion starting the 29th- but its in the 'shadow' until Oct 13th. So slow down and review actions until then.

Columbus day will mark a blessing- (Oct 12th) - Jupiter starts moving forward after fours months of looking at its belly. Friendship returns. Count yourself lucky if you've got any. Obama will be seeking friends in foreign places, and after the 12th he'll find them too!

As the Saturn transits in Virgo begins to come to a close, take a look at your garden and work the soil for serious partnership energy- because that's what's coming next: What you let go @ the full moon you'll try to replace by the New Moon. Its the death/birth cycle and the me you so much crave right now will flip, yet again wanting to be a we.

Viewing "The Taming of the Shrew" might be a good idea. 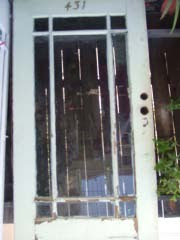 When one sets out on a trip, they can plan it in minute detail, go with the flow, or do a little of both. Right now on the horizon we have lots of energy that suggests what ever you 'planned' might meet up with "I didn't see THAT coming". Sometimes that can be good, sometimes not.


Astrologically, this week the planet of boundaries and structure: Saturn, will sit sew-sawed with the planet Uranus- which is all about the lightning rod you didn't see coming. This is the third of what will be five passes. The last time Saturn was in opposition to Uranus was on election day in America. We all know what happened then. But what will this go 'round bring?

I predict its going to bring a breakdown in the Democratic party's leadership. Someone is going to lose, and its likely the American people. Last year's election brought all sorts of Polly Anna wishes and cotton candy talk. The vote came in- and everyone THOUGHT it would usher in a chance for return to brighter more "hopeful" paths. Unfortunately in the eight months Obama has been on the job that's not been proven correct. Funding for wars continues (91 BILLION, just like GEORGE W.), No closing of Abu Graib, Lobbyist still run Washington as we clearly see with the Health Care fiasco. My hairdresser happens to be Armenian. She pointed out yet another broken promise: Recognize the Armenian genocide; That's not on the top of my list, but its enough to convince her that the same old political baloney is going on. She's lost faith in the Democratic Party.

Check out the record:
http://www.politifact.com/truth-o-meter/promises/subjects/politifacts-top-promises/

And its coming soon that the "party mood" everyone (that voted for BO) felt on Nov 5th 2008, turns into one big question: "What has changed?"

There is going to be a shake up and its going to be big. I think we'll see some changes that weekend. Changes and Challenges coming to the Dems.

Saturn sq Pluto - This aspect is one of brute reality. It will be very clear to the dems WHAT they've lost. (Integrity?).

This is almost on the democratic chart north node point- (the future of the party).

Venus in Scorpio sq Mars in Leo.- This is in-house fighting at its worst. Egos don't give an inch and we all suffer because of it!

Its a cumulative time of a big shift. Lets pray that Washington gets it together before then.


I personally, do not think they will. I believe that since Neptune is on America's Moon ( mood, the public) its another year before we wake up from the pipe dream.

We picked door number one, little did the public know that when the door was opened there was yet another fence behind it.