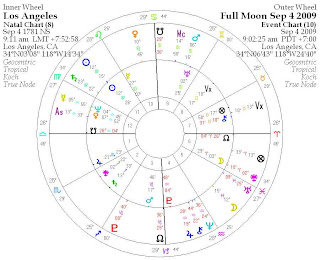 Things are not going well in Los Angeles right now. It's a difficult time for the State and even more so for the City of Angels. And we need those angels this week more than ever. A full moon is building and with it the fires just plow across the land torching anything and everyone that happens to be in its path. No out smarting mother nature this week. The inexhaustible energy of the fire is fueled not only by overgrowth that's sixty years old, but in the cosmos the power of Pluto is being witnessed by the world. Pluto 'destroys' so that rebirth can happen. It is the planet that takes away what is no longer needed- in this case, it happens to be overgrowth. Not just in the shrub. We (humans) have taken to perching ourselves in the middle of places that have great views. However, as mother earth does her normal cleanse we suffer, because we've put ourselves in the line of fire.

The answers aren't easy in a case of this week's Astro configurations. They are as complex as the nature of good and evil.

Mercury (mind/thinking/winds) is in Libra and its in a difficult relationship with both Mars (action/fires) and Pluto- (unstoppable BRUTE force).

I will write more on this.......but if you are in the line of fire- you are being very STUPID to contest and confront this week. Use the marital arts way- WALK AWAY.

Full Moon is rising on Sept. 4th and that's Los Angeles's birthday. It's going to be a year of the public fed up with the local ruling parties.

I have a thought: Switch Salaries of our elected official with the young men and women who are saving the homes and the million dollar instruments atop MT. Wilson.
Our city council makes more than they should- (175k) and are the highest paying elected city officials in the nation. Our two-timing Mayor makes 250k. I think people who are heroic deserve to be rewarded in a monetary way. So time for a review in who we pay what.

Homes will be lost this week, lets hope no more lives go with them.

Respects and PRAYERS to the two fallen firefighters that perished yesterday.
~ RIP.

the big the bad and THE ROAR Lets get straight to the point: YOU WILL HEAR THEM ROAR!

Who is "them?"............ANYONE who feels they are being ignored. Got something to say? SAY IT NOW.
Leo @ 28 degrees- New Moon. New creative vibe. New King lays down the law.......and there will be rumbles in the land.
This new moon exact at 3:01 am PDT is a loud one. ITS all about ruling. And how you rule.
Its in opposition to Jupiter, (BIG KIND KING) Chiron, and Neptune......(wound maker/healer KING) that's imagined wounds or real ones.
Its a great time to lay out how you shine from within ----- for all to see. But be ready to be seen. No Leo shyness now.........not w/ all this energy at the tail end of the sign.
Mars in Gemini is making happy with this New Moon- so if you have ANY communication skills bring them to the table, with the GOLD WARE.
And is it really "OK" for Michelle to wear shorts ? I guess since she's so comfortable in public in shorts, its ok for me to drop the protocol of add-dressing ( pun -get it?) her as 'FIRST LADY'.
Whatever is 'promised' get it in writing, with ink that doesn't dissolve.

When all else fails: STAY CALM! 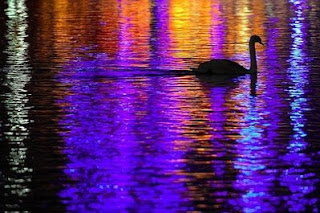 This month the nerves will get rattled. Its test time, for those of us who practice minute to minute meditation. For the rest: Shake, RATTLE, and roll with the punches. There will be many occasions this month to feel very insecure. First of all mother nature is going to be striking up a conversation; yet it will be one way- hers.

Why such stern words you ask? Well- today (Aug 10th) Mighty Saturn is getting a challenge from audacious Mars. They aren't likely to see eye to eye on anything, and very likely to be vocal about it, as Mars is in chatty Gemini. Pointing out the practical path will be met with resistance. Best advice- find something you dread doing and do it well, to channel the demands of this particular aspect. Get a head start on school preparation. Not the day for playing in the Sun.


Adding to our serious tone is the fact that Mercury (the mind) is currently in "why wasn't I born perfect?" Virgo. She's marching towards "tow the line or be punished" Saturn. They will meet up on the 17Th. We will be working hard for the money. Those that exercise laziness will suddenly find themselves without a job. The view on our unemployment numbers are likely to be revised. The push will be to highlight the 'steady'- in other words - its not really better yet, but hey, its not worse either- we are just towing the line, holding the fishing pole in the water and even though there's no bait on the hook, hoping to catch one.

The week to watch is the period between Aug 15th and the 22nd.

The first event is the activation of July's Lunar Eclipse point (Capricorn 15) via Venus @ 15 Cancer. She'll co-join the Sun of that Lunar Eclipse. What was promised will come across the desk for review. Do you get the money, reward, love or are you given walking papers and rejection that runs as deep as the Mississippi? Depends on your karma. I think our budget (USA) woes will be highlighted during this period, and more fun with the Jackson's kids and parental rights.

On the 20th there is a New Moon in love love love to love you baby, Leo. Since Venus will also be in a trine to Uranus during that week- its going to be love at first sight, and SITE, great for innovated Web design ideas. Will we think its love that's making the earth move? Just days before that new moon Mars squares Uranus- THE EARTHQUAKE signature! The entire earth can move- but Los Angeles is very much on the radar for a big one. The Solar Eclipse point of 29 Cancer get a bulls eye from Venus on 26th. Luck is with us, and even though the china falls off the shelf somehow it miraculous doesn't shatter- just a chip or a crack that adds to the story while food is being served. We might even get some money from the big hearts in Washington to help our overdraft issues.

Overall its a month to be remembered. Time to go buy a new journal so you can record history.