hold still; the storm is coming

This Memorial day will be long in our memory as the crazy-chaos energy is all around. Mistakes- Miss-Spoken thoughts and desire to rewind will be strong amongst the most eloquent of us.

Hillary's bad timing (to say the least) bringing up of Robert Kennedy's into June primary history was too loaded with pain to hear anything else. Even if she in all honesty meant it as she says she did- (and I do believe her) it won't be heard that way. In the sky Chiron (the wounded healer) is conjunct the North Node right now- and that's about how we deal with healing a wound as much as our fears of a wound happening. I think she tapped into the 'collective fear'. When she made her 'historical reference' her Moon was being sat on by Uranus. Transiting Venus was in the last degrees of Taurus activating the recent 29 degree Scorpio full Moon- and it falls across her 1st/7th house. She lost supporters- and its likely the end of the road for her. As much as that pains me to type- the 'final' energy of the last degree signs is about completion.

Dare I say that she might not of intended to bring up assassination fears- but a lot of people have them - have said (to me) they fear for Obama's security- LONG before her words were on the airwaves. As a matter of fact- have you seen how MANY secret service are around this man? More than the sitting president- ( and Bush has many enemies) and he's not even the nomination yet.

"on the new Obama time. (7:11pm aug 4th 1961 Honolulu, Hawaii)......... If it is correct- this man is going to have even a harder time landing the top job- than even I thought w/ the other chart! And more importantly- he IS in trouble. It doesn't look good- and even if he wasn't running for the top job- if he were my client I would tell him to guard his health- and chose his company with the UTMOST critical eye. He will be betrayed."

Obama has Sun Sq Neptune in his birth chart they don't always see the less desirable energy in others- his idealism could hurt him in ways he never thought about. Issues coming up for him this summer will be - other people's money- how he got it- where it came from- what that says about him. He can't be careful enough.

On Monday Mercury turns retrograde- and 30mins later Neptune does the same. Mars in the sky is about to reach the upcoming Solar Eclipse point for Aug 1st. That means it kicks it into gear- before the SE is even here. Look for BIG changes on the world of politics and also war drums.

Maybe a better use of the energy would be to 'make your own thunder drum'- a great musical instrument and something the native American Indians do as a ritual to align the self with spirit.

Forgive and move on.

And lets all try to not pull the string that will undone the entire piece of fabric. It took a long time to make and much less time to destroy.

shadow on the path 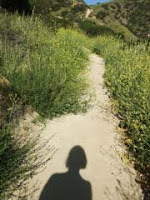 No, this blog isn't about Hillary.

But it is about one of the symbolic energies of Scorpio. And what to do when you encounter it. We all have Scorpio somewhere in our chart.

Yes- sometimes the smartest thing you can do is to pull back- watch - wait- and say your SHIVA mantra. And hope for the best.

But by all means be aware that sometimes what you meet on the path, can harm you. Deadly so. Best not to push forward. Best to sit tight. That's the energy of a fixed Moon in Leo, in square to the unmovable Sun in Taurus. Its called a quarter Moon. And it was yesterday.

On my Sunday hike I encountered- a sunbathing baby rattler. All sprawled out length wise across the path. Almost stepped on it, that was just before I jumped out of my skin.

To say I am afraid of low lying creatures (human included) is an understatement. I am actually TERRIFIED of snakes. Maybe I got eaten by one in a past life, who knows. Growing up in the South its ingrained in you to fear snakes, and I haven't shaken that childhood brainwashing. Neptune for you. Neptune rules fears- and its exactly conjunct my Mercury- (the mind) both in Scorpio, both being triggered by yesterday's Quarter Moon in Regal Leo. That snake did ACT like it owned the path. And by golly, as far as I was concerned it did.

My friend noticed it right as we approached, me gabbing away about the Election, would of just walked right on it, as it actually was the same color as the path, (a little magic trick of nature). After my scream that I am sure my Guru in India heard, we hugged each other staring at this long unmovable THING in our path. The conversation went like this:

"maybe that guy on the bike road over it"

"I don't see a dent in the middle"

" its really not moving at all"

"throw this tiny pebble at it"

"its a baby THEY are unable to control the poison that comes out, I am not so sure its dead maybe its PRETENDING. THROW this twig"

ok............... then we retreat about 8 feet or so - and we watch as this THING moves its tail a bit...........then EVER soooooooo slowly turns its head back to its tail and slower than I ever thought possible slides off the path back into the grass.

By now my heart is in my stomach- I feel slightly sick at the thought that we ALMOST walked over it- and I thank god for the Shiva mantra.

I can't stop thinking about how it PLAYED DEAD and retreated only when it sensed danger (US!) was far enough away that it could safely change its position, which would not allow it to strike- but would allow it to go back to where it came from, since sunbathing for the day was clearly over..................

You can apply my experience in a metaphysical sense to anything in your life that you currently are not comfortable with, and you wish would just go away.

On God's Side is her Soul 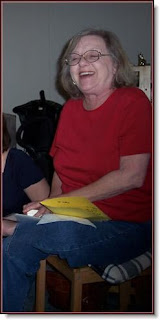 My friend Judy left the body last night, on her 64th birthday. She was a loving Taurus, a good friend, and an amazing astrologer. I told someone, "she left on her birthday to give us a chart to study that gave us pause."

To leave the earth on the same day that you came, following a New Moon ( which conjunct her Sun) - tells me that she was full circle, and done. Ready for a new life.

None the less, we the astrological community have lost a gem. Judy's commitment to professional astrology and specialization of mundane forecasting is matched by none other.

Rest in peace dear Judy. Ride the wave of love that we send to you.