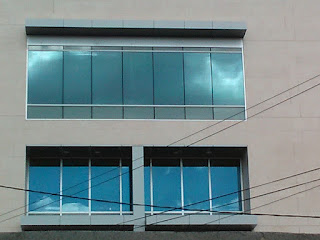 Today, November 7th, at 11:25 am EST the Associated Press announced Biden/Harris had won Pennsylvania and THAT put them over the 270 Electoral College threshold.

THANK YOU AMERICANS- for exercising your divine right- by voting in fair and free elections!

The official count is still being done, it is possible that Biden/Harris, also gain Georgia.

Biden turns 78 on November 20th.  He is a Sun Scorpio, like me, my birthday follows his. I can attest to the strength that Scorpio has - the sign has endurance! Biden will be a good leader, working hard with others to get us back on track to being a "united" America. His chart has a stellium in Scorpio in the 12th house, where he does his healing; behind the camera, out of sight, engaged with others at the round table. He has a Sagittarius rising, so our standing in the world will certainly get on better footing. We know it will, as Biden has the combination for that success; he is kind, and strong. He has relationships with world leaders that open doors not close them. Our allies will no longer be confused, and wonder if they are in fact a friend!

Harris is a justice seeking Libra Sun, with a fiery Aries Moon. She is no shrinking violet, and she sure does have a lovely smile! I welcome that joyful face, after hearing an angry leader screaming ugly things at the American people for four long years-EVERYDAY.  She is an excellent communicator, with a Gemini rising, so she will be very effective in getting to the truth of what needs to be repaired in America. Mercury in her chart is in investigative Scorpio.

Now that the American voters have declared their wishes, let us begin the hard work ahead. And it is hard work to get control of a pandemic and recover businesses and lives. Joe will not be playing golf, he will be planning with top notch world class scientists, and medical field experts to secure a vaccine that is SAFE and affordable for all. Scorpio rules rebirth/transformation, the sign is ruthless in uncovering survival needs and acquiring them.

It is not all clear skies just yet. We have a big storm cloud named 45. He won't accept reality.  He makes losing seem like the end of the world, (to him it is) and it will certainly be the end of a world he has become used to. He is addicted to 'attention' and chaos. I doubt he'll stop his rallies; he'll give them a new cause or form. 45 will make losing more dramatic than necessary. He will throw tantrums. He will not go gracefully; he doesn't seem to do anything with grace, certainly not accepting rejection.  The pattern so far, in his life, and in his presidency, is to seek revenge.

The next week will likely be the most difficult behavior we will witness. By the time the new moon in Scorpio shows up, on November 15, the dye will be cast. There will still be words, and skirmish, but our democracy is intact!  Mars stations direct on November 14th, and the efforts to get on with the plans of our NEW PATH, will be firmly set in motion. That is not to say that 45 will accept that the American people have spoken. Unless the GOP pressures him to shut up his lies, he'll likely attempt to start a civil war. He will not be successful.  His stars are waning; it is time for him to begin packing for the upcoming move. I wouldn't even be surprised if he did not greet the new president, as is customary. He might be working on getting a 'pardon' in some twisted way. One thing you can be sure of, he's working on what is best FOR HIM, and his personal legal issues. He will be concerned about his "legacy" from the 15th of November on. He'll do as many favors as possible for friends. If he is not careful, he could land in the hospital again. If he doesn't get therapy to deal with this tremendous loss, (and you know- he won't) it could manifest as an illness, because he internalizes the deep pain, with no forgiveness.

At the end of the month, on the 30th, we have a Lunar Eclipse (full moon with moon-glasses on) at 9 degrees Gemini. Communication just got extremely important! This is an opportunity to examine how you process information, what data really means for/to you, and how you can create a shift in mind set by investigating what "empowers" you. Putting what you discover into action.

This year, Thanksgiving will be shared in an entirely new way.  We can Zoom, and we can bless our loved ones by not compromising their health or ours by taking undue risks.  The Covid-19 virus will tend to be very active during this month when temperatures drop, and flu season sets in. So please give yourself the biggest "thanks" by attending to your physical well being, and using super precautions in how you gather with loved ones.

Neptune turns direct on the 28th and since it rules the virus, we just might finally see some breakthroughs to a vaccine!

Happy Thanks Giving to you and yours!