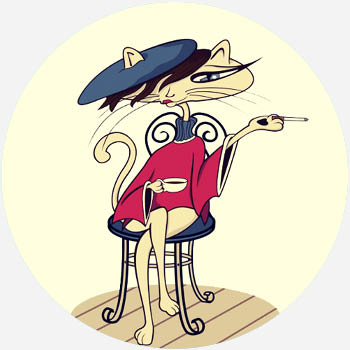 Here we are.
Time for a little pep song:
Frankie baby will lift you up!
Feel better now? At least you know you aren't alone.
The entire world is reinventing the wheel.
The full moon is rising, and so will you, baby!
It will peak at 8:59am PDT. on Aug 3rd.
@12 Aquarius.
Will congress get it together to help the American people?
YOU BET THEY WILL
(Aquarius = congress)
!You know why? Because if they don't, there is no "wheel turning" happening
.YOU are the cogs in the wheel that makes it move
~DON'T YOU EVER FORGET IT~
.Without YOU there is no gross domestic product

It is important that you write your representatives if you are unhappy (or happy) with how things are going. We are ALL on a learning curve. It may feel very uncertain right now, and that usually makes people jumpy. However, I am here to tell you, that all that is going on has a deeper meaning. It is a freeze frame of what was- is no more, and therefore the adults in the room need to brain storm and the antenna that is never down, will put you back on track! Granted a NEW track, because the old train is rusty and worn out- and I am starting to think that "SOMEONE" (45)  REALLY wants to be an actor not a leader! The drama coming out of Pennsylvania Ave is competing for soap opera of the century!

The astrology clearly shows that government has reached a huge stumbling block...its own wall of lack of understanding. Right now the planet Mars is in Aries (and will be until Jan 2021) and it is about to create a series of squares (90 degrees) to the planets Jupiter, Saturn, and Pluto!  This is power struggle and the hard work of moving the impossible. PLUS, Jupiter, Saturn and Pluto are all retrograde! Look to the past, and learn something about how you dig yourself out of a pandemic! It isn't by denial. We've been here before- 1918.

August 4th is the first square in this series.  Mars will square Jupiter - that's when over reach of the Military would be a VERY bad thing indeed. It is also when you need to curb your anger into productivity. It is super powerful- as in 'Super-Quake" energy. Also during this first week of August the Lunar Eclipse that was in January of 2020, will be triggered- all month! This is especially important for Los Angeles, because our birth Mars is at 18 Capricorn and is also being squared by Mars, and conjunct by Jupiter. The only MASS thing that NEEDS to happen is TESTING; followed by TRACKING.

The second week of August will see a Mars square Pluto on the 13th. This can indicate a flare up of WAR. Also it is digging to the transformation that must happen for new invention to manifest. Many heads will be rolling down the mountain. This powerful mover and shaker is followed by Uranus turning retrograde on August 15th- and we do know that Uranus rules EARTHQUAKES, Computers, and because it is in Taurus- money, investments. The coin lacking issue is not going away, and States will need to be funded to keep the services intact, and saving never became more important than now. Risk takers will go into hiding and the markets just might see a suffering this week, that shocks everyone.

That brings us to the Mars Square Saturn aspect on August 24th- which is an aspect of hard work, needed maturity, and cleaning out the cobwebs in the basement because black widows are in abundance.

Get ready for a shocking month in Politics.

The 19th of August will shed light on some hope, as the new moon is in Leo at 27 degrees. I still believe that 45 will resign. This New Moon falls on his Ascendant and conjuncts his Mars. He hates to losing and he is losing. He'll want a new life of golf 24/7 and like I said earlier, he really wants to be a STAR that gets a standing ovation, not booed out of the theater. It is possible that he waits until the last minute to resign, thus throwing our country into more havoc. You know, he's really only true to himself, and doesn't care about either party.

With so many indicators of unrest, I am sure that the wrecking ball he is about to unleash will hurt his own party deeply. Remember what we have seen and heard for the last three years, it is proof- his taste for vengeance and revenge is deep. It is a strange thing that the christian right supports this behavior and votes for hate instead of love. Perhaps they will go to confession and repent. Neptune rules spirituality and the conman- so it is your free choice which you prefer. This month Jupiter is in a lovely sextile with Neptune the entire thirty days. Review your relationship methods. Use this energy to take you higher to the divine love vibe, and treat your neighbor as you would yourself. If you don't love yourself, you aren't going to be nice to anyone, so start loving yourself! WEAR A MASK!

On the 8th Venus moves into Cancer! The miracle of love is more powerful and dynamic than anything. This energy will be centered in food, security, and the family. I am sure that by the 8th some solutions to our crisis will begin to surface. While Venus is in Cancer make sure you tend to your network of loved ones, for as we have seen - life can whisk you away, you are not promised the next breath. Learn this deep truth, and you will live as if there is no tomorrow- fully present in the NOW.  Feed your soul as well, and drink in your blessings.

On the 21st Mercury moves into Virgo, the practical sign. We are very happy about this timing, as no one does healthcare better than mercury in Virgo. The best healthcare now is preventive medicine, getting you immune system in great shape. As Mercury steps into the degrees he/she will trine not only Uranus, (vaccine success) but also the Jupiter, Pluto, and Saturn line up. This is called- WE HAVE A PLAN!

As we get into September, America will get with the program; she’ll begin stitching herself a nice new wardrobe. It will be made of the simplest of fabrics, with an attention to details that will see us through the storm.

Keep your sense of humor and remember the power is within you, it never left, you just took an extended nap; time to WAKE UP!