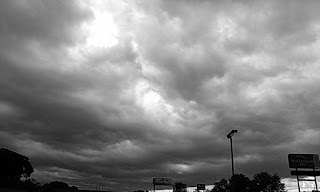 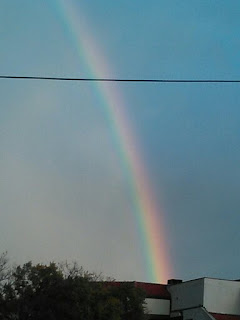 Best of health to you!

I hope those of you who can take the time to read this blog are doing so, with good health.

We are in a new spectrum  of living.

Just attempting to stay healthy is the number one goal in my opinion.

People who are sick and about to die, generally don't think much about the economy.

Those that love them and sit by their bedsides with masks on, usually don't think much about the economy.

The doctors and nurses slaving day and night to save lives and not sacrificing their own in the process aren't thinking about the stock market, they are praying for masks, ventilators, and a leader who doesn't use blackmail to give them.

In America, the child-man who called  this virus a "Hoax" when he got news of it, clearly thinks about money 24/7.

He then (of course) said that he "knew all along" that it would be a pandemic.  He should be charged with treason.  He betrayed all of America and humankind.

Seven weeks.  That is what you have to focus on right now.  Today, and getting through the next 7 weeks - w/o getting sick.

Use all your energy force to keep yourself well.

By the 31st, when Mars marches into Aquarius and joins Saturn there- at zero degree- we will see "National Lockdown".  Also what will take place is a lot of collective awareness of what has to be done to move through these next two months.

America JUST began the "SURGE" of numbers, those that will get ill, with Corona Virus.

ALL OF THE WORLD is going to join this fight.

Like I have said earlier on my site, and on my facebook kitchensari page, we are not an Island. We are one.  People who have raised their awareness are keen to this truth.

The new moon on the 24th- was at 4 Aries in an exact square to the December 2019 Solar Eclipse point. Eclipses triggered always point to GLOBAL events. It didn't disappoint.

This ---- clearly shows that NEW leadership (Aries) will fight old leaders (Capricorn) certainly, when they aren't open to how to fight a war with action and not "big" empty words.

Once we get through this- how people conducted themselves will be remember.  Especially in November, in America.   I personally do not think the orangeslime is going to last that long. He'll take his toys and return to his 22k gold palace and bitch about how the world didn't praise him enough. His money corruption is going to be revealed. He'll plea a deal, resign because of 'sickness' is what I am seeing. And he is a sick dude.  He does need to go.

On April 4th  Jupiter is going to conjunct Pluto.  The death rates will rise.

(sorry- I am a truth slayer not a pollyanna baloney spewer ).

LET US COLLECTIVE PRAY- that there is NO EARTHQUAKE that adds to the damage! This is an EQ signature- and markets are going to take even more of a hit, but at ONE point, they will calm down- just not this month!!!!!!!

Might see some major heads of state change. Pray for the Queen!   This is right near her Sun. Changing of the guards will happen in many places with this one! Worldwide.

Plant your backyard garden.  Safer than going out.

Major corruption is going to be revealed and when it is- you are going to have people learning to channel their anger via organizing.

April 1st (no joke or fool) has a quarter moon that is right on America's Sun. The public is going to want some ANSWERS. AND- ACTION.

The full moon on April 8th- is down right riot- like.  Legal unrest on a major level. Lawsuits will fly faster than a silver bullet. Just STAY HOME- for the 8th-9th. It's going to get ugly. This is splits-ville. The stress of all this unknown is going to divide many a couple. America will be as divided as ever.

If you feel you MUST go worship in a church instead of your heart-(on Easter) write your will before you go.  God is not in a building anyhow- the divine spark is inside of your being. But, if you feel that your duty is to infect more people and get to the holyland as fast as possible, by all means go- but I heard first hand- that this virus feels like a vacuum sucking the air out of your lungs. You won't be singing hymns.

May 11th Saturn turns retrograde and restrictions are FINALLY lessened.

The dial of important priorities is being changed- your health should be first, because without health, you have zero.

Sorry, no candy coating about how we are 'learning this or that' ... many people won't learn a damn thing from this meltdown. The people who have always cherished food, shelter, clothing, and enough gas in the car - still do, and didn't need corona virus to "teach them" that.

Many blessings will come from unexpected places- that is the 'happy' news. Because many people are /were loving before this event- and will be more so during and after it. Angels are all around you, be one too! The little things count- like a roll of toilet paper for Americans...(India is laughing at us).

Try to communicate as much love as you can. On April 4th Venus moves into Gemini. So the love of communication (which is also listening) has a chance to increase.

I leave you with one thought- after every storm, there is sometimes a rainbow- SOMETIMES, even a double rainbow.

Health and Peace be with you!