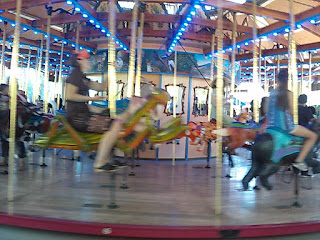 Things, aka the world, has been a bit crazy for a while now. We are in lots of Leo energy with the Sun, Mercury, Venus, Mars all lined up for fun making. However, it has not felt fun, unless you are living on a deserted Island. We have seen the under belly of Leo energy, which is a strong dominate energy, with big ego. The truth is we can all tune into the the child like playfulness of Leo, without tapping into the other vibration of lesser desire.

We are on a bit of a Merry-Go-Round and the Lunar Eclipse of January 20th 2019 is being revisited. This time by Mercury. Mercury has triggered this point two times this Summer.  June 26th, July 18th, and today, August 11th. What that means for you is that where ever the Lunar Eclipse fell in your birth chart, it is now being re-triggered for manifestation of ideas, projects, plans, and desires that might of been awakened in you during the Eclipse. Please note- lunar eclipses are FULL MOONS which the 'light' is blocked. So what they promise, foretell, or FOREWARN, require deeper insight than just going about "business as usual".  It's not. The universe ask that you participate in your future, not just sit back and watch the show; you help create it as well- through your actions.

Full Moons are also about clearing house, letting go, and moving on. Just like Jeffery Epstein just did. He was born on January 20th, so the Lunar Eclipse hit his Sun, and his karma caught up to him, as it is programmed to do. He checked out, instead of facing his actions. You cannot hide from karma.

Eclipses do not bring 'bad' stuff to us, they bring what we need to go higher in the spiritual sense. They raise the bar, and if you can learn to grow, and fight your demons, you create a new life for yourself!

Speaking of Eclipses- and the triggering of them..... the woozy dozy Total one of Aug 2017 is about to be smacked on the 18th of Aug.  As I stated earlier, this one will hit the Orange slime's Rising degree. His actions are coming home to roost.  All of America will deal with this one. Buckle up.

Today is especially exciting as the planet of long distant travel, Jupiter- is stationing DIRECT- so that means you can further your search for the truth.  Jupiter is making a wink to all that Leo energy right now, so go have some playtime, and don't worry about things you can not control. The one thing you can control is your mind's drama. Keep it simple and just attempt to line yourself up with the divine light and let it shine though you. If you can travel to distant lands, all the better!

Later tonight, Uranus moves RETROGRADE for several months! So take that love you have for all, and remember to give some to yourself. Uranus rules airplanes, electric energy, computers, inventors, and the magical psychic energy force that surrounds your every breath. When Uranus goes (or appears to, but does not in reality) retrograde its the perfect time to time travel back to your center. The place that never changes- your spirit self.  Inhale, Exhale, repeat- until you are calm. Rework some of your original ideas. Test them out.  Such as, being friendly to every spirit you meet! Like the spirit energy that is within them- connect to the unseen vibration that is the same in every-single- thing! Of course you can take your computer apart and put it back together as well- confirm  how smart you are.

This week, on the 13th we have a lovely conjunction of the Sun (I AM) to Venus (I love) at 21 degrees Leo.
Perfect time to get married! To yourself, another, the divine source, or any sort of linkage that brings joy for you and another.

But, by the 15th we have a full moon in Aquarius, so if you do marry in haste, you might discover something about your newly discovered love that you hadn't known in advance!

This full moon is great for defining the role you wish to play in any group settings.  Reach out and discover what you don't know that you don't know! Aquarius really loves to join hands with everyone, the circle won't be broken, even in a full moon! Light is shed, for you to SEE.  It's about learning how to be an individual within a group.  Finding the oneness in the many.  This Full Moon is on America's moon. The Moon rules the female, food, the home, security, comfort. When it is the sign of Aquarius boundaries are tested. The roles for Women are reaching FAR beyond what was in the past. Men who prefer the old ways, will need to catch up to the times. This is an extremely progressive moon placement. We won't go back, so if you want it to be the 1800's you are out of luck.

Train your mind and you can stay centered, as the merry-go-round moves in the now. 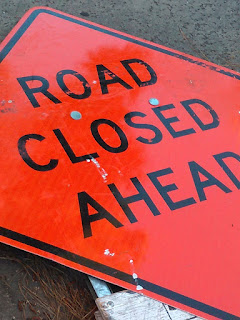 A bit over the top crazy I'd say. What's going on? Mars is moving to co-join the total solar eclipse point. Remember that one? The one that went across the divide of America? Yes. That means it 'triggers' what is possible in America right now. Mars is tied to violence, and anger not just action. And this point- 29 Leo, is the OrangeSlime's Rising sign. He can fuel the hate, or shut up. Which do you think he is prone to do? What does his history show? And the most important question- What can we do about it? CALL YOUR REPS! Encourage a media BLACKOUT of the hateful words coming out of his mouth. Get busy, the month is early and we still have over three weeks until the exact trigger moment. Encourage people to put down their weapons.