As you think....so you set in motion 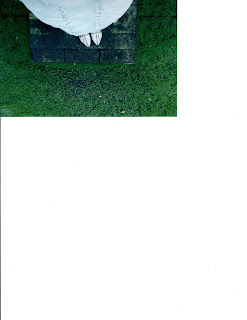 It starts at the top...and goes straight to the action. It's is true, as you think, so you do.  And this month you will be thinking A LOT.  Mars just went into Gemini.

Mars is the planet of action.  Gemini is the sign of communication. And also sometimes (not always) Gemini can speak in two languages at once. The language you want to hear, and the one that is the truth.  It is up to you to be able to know the difference. Gemini is also about seeing more than one possible solution, so its not necessary meant to be deceptive, but often it can certainly look that way.  Sometimes it is a con-versation.

Mars is traveling through the twins sign until mid-May.  One can multi-task with ease. The urge to get "everything in writing" will be strong. Its a great time to start the project that includes "two" everything. It is also a terrific time to work with your hands, in just about every medium you can think of.

Connecting with people who get your vibe and your words will be strongly desired. This is the "intellectual love making" time.  Having a great mind is just as much (if not more) of a turn on. After all, desire starts in the mind! Everything does! Don't forget that. Watch how you view yourself, and what words you tell yourself when you "think" you aren't listening..........you are.  You never stop really.  The conversation you have with the self is the one that pretty much never stops. This is why its critical that you are kind, honest, and clear- with yourself.

Later in the month (April 27th) Mars will be in a square to Neptune. Mars, being the act first, ask later planet will have some answering to do if this is done on sloppy time.  Neptune is a spiritual escape- move into the groove kind of planet, so the combo is good for music, dance, funky creative, not sure why it works, but it does- expression. It's also the -caught you with your pants off- you double trouble person.......... you can fill in the image....bottom line- if you tread on the double talk wire - you just might fall, hope you have a safety net.  This blending of dual energy planet with fuzzy energy planet is great for reading the most fantastic stories....that aren't SUPPOSE to be REALITY.......outrageous tales of  space travel to a land where anything dealing with flying is possible. Read yourself away. All month! As a matter of fact- this month should be the READING MONTH.  Try for ten books. At least.  The more the better. Read a few, at the same time, as in, start one, bored? pick up another! Then go back to the first one, and see if you discover the juice.

April 10th finds us stopping in our Jupiter tracks!  Currently, the big planet, that rules "I believe" and world travel, plus the Justice system- is going RETROGRADE............ yes, other planets besides Mercury do this too.  Jupiter will have some interesting headlines dealing with immigration a few days before the actual turning point and many laws that are enforced during this time frame won't hold up.  International treaties are going to be doing a GIANT (its Jupiter!) shift.  Also, we also might see athletic   stars in the news- "retirement" being considered suddenly.

Personally, its a time to review what you believe and why.  If what you took to heart at one age, might not feel as 'sure' at another. We do change our beliefs as we mature and grow.

Since Jupiter rules international travel, it might become a bit more difficult in the few months that its retrograde. Or its possible that some place you made a journey to at an earlier time in life seeks to be discovered again.

Freedom is a firm Jupiter word- so, what freedom is to you could change. What is freedom? To one person it can mean able to move any place any time, to another- it could mean freedom from all desires. Explore this word freedom, see where it leads you.  Jupiter will be in Retrograde motion until August 11th.

The third week in the month will find Pluto turning retrograde. This is an inside job. How are you going to transform the inner to match the outer? The What, When, How, Where- of  shedding a skin that no longer feels correct. Go slow with your transition.  Some choices can not be easily reversed, so do not act in haste. Let it peculate.

The full moon on the 18th (PDT) is at the last degree of Libra. Some relations will come to a closure that is agreed upon with unusual finesse. The art of departing. During this full moon Venus is be leaping through Aries, so, one door closes, and another is already unlocked and open wide. This is true of job options as much as love ties.  Full moons always shed the spotlight on what has come to the dead end, and points us in a direction that will lead to another chapter in our story. This is especially true in the area (houses) that the full moon  falls in your birth chart.  That axis will be the noun in the sentence, the planets (moon/sun) the verb.

So, put on proper shoes for doing a lot of walking and some climbing this month, because the stars are deeming that you get a move on it!