SPONTANTIOUS COMPUSTION is about to happen...........be ready to accept anything that comes flying your way~ because it just might be good, and good for you- whatever you do- KEEP MOVING...... 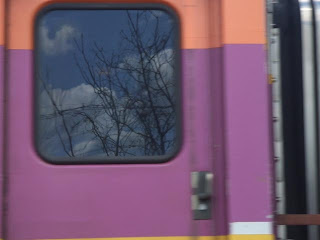 May 27th is a power packed day: Full Moon in Sag @ 4:07 pm pdt, Uranus ingresses into Aries 6:48 pm pdt. That's no little event. Its also known as the "Aries Point" because zero degrees at the first sign of the zodiac order is fire on fire plus some. Translation- move your mind, and the body will follow.

Added to the fuel is Saturn's station direct on the 30th and Neptune's turning backwards the following day. The VIBE is - set the footing on sure ground (if you can find some) and push the whining and daydreams in the spin cycle for the next five months. Then around the corner we have Jupiter (Santa) joining Uranus in Aries, so more energy to blast the Universe with your views and opinions. EVERYONE is going to have them, and everyone is going to be pushy, me first, should of been done yesterday mode. Welcome to: "We've had enough and we are taking over the world".


And I would like to suggest that everyone take a moment every single day to send a wave of intelligence, magic, invention, and solution to the oil heads running British Petroleum (OR anyone who can DO something)so that we might find a plug big and strong enough to stop the ocean from becoming an oil soup.

I believe that intention leads to invention and right now is time for magical INTERVENTION. 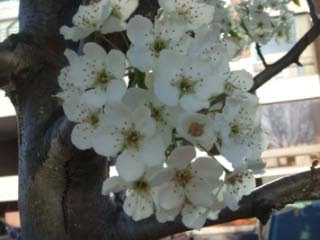 We all need saved from ourselves at certain points in the life. Today is a great marker to begin to "be"~ ok with what is, while you move mountains to advance toward what you want to become. We get in our own way, and we forget to just sit in the very moment we are in~ most of the time.

Its Beltane or May Day as it was renamed.

An ending is fast approaching, and the times they are a changing- faster than I can even type. We are headed into a period where the past won't have room for space in our heads because chances are everyone is going to be very occupied with dealing with the very present. And yes, its going to be seen as a 'gift' (present) to have the state of mind to not dwell on what is gone. Everything born has a life span- and as a Buddhist just reminded me, "we are dying every second we are alive". Touche' !


Mercury is retrograde until the 11th of May so explore the meaning of that last statement a bit longer- it will have new depth when the messenger moves forward. Since Mercury is currently in the sign of Taurus (natural ruler of banks/money/love) its no wonder that Wall Street is getting ranked over the coals. This is just the start. If it ends up only being a theatrical event, the 'commoners' will speak out. Well, actually, SCREAMING will begin, and the noise made will be heard until the end of Summer. The fire of 'fed-up' has been lit. All of this is due to an energy shift of mega importance; Uranus enters Aries on the 27th of May, same day as a full moon~ ( fireworks!!) and shortly after Jupiter ingresses into Aries as well.

So get ready to move baby! I mean move the thought- the attitude- the body- the beliefs- the thing that has stopped you for the last seven years. What was going on in your life MARCH 2003? Well- for a refresher in world history- that's when America decided to invade Iraq and "shock and awe" them into hell. Karma has its ways, and I have no doubt that the war we begun there in 2003, will have a big bearing on Uranus adventure into Aries for America and England. A new view at how we use our 'force' is at hand.


Speaking of England, Its an Aries country. And I personally wouldn't be one bit surprised if Prince Charles is crowned King. Jupiter joining Uranus in Aries clearly shows a "shocker of event in who rules". His Mid-heaven is in Aries and Jupiter will be climbing atop- its a big attention grabber that placement. Yes- I predict he'll make the headlines soon- and stay there all of 2010-11.


Meanwhile, we here in the "New England"(just visited Boston for the first time, I was mightily pleased with that city!) will have our own issues of royalty to deal with. Obama's favor is departing from him. Uranus and Jupiter will be asking him many questions about how he skips walking the talk. Interestingly, he'll do some tap dancing that will please the 'forever followers' and the rest of the masses will not let up on him and his performance. His report card is coming and if he wants a passing grade he'd be smart to be the progressive he pitched himself as. That doesn't mean 'off shore drilling' is "OK". As we have suddenly discovered once again (right on the heels of the second Saturn opposition to Uranus) man is a screw up and nature suffers. Does that mean that when America elected him on the first pass of Saturn opposition to Uranus they over looked the smaller print in favor of the big pay off promise? He'd better review the contract he signed, because any 'breech' of contract has a huge price. The biggest being having to live with oneself. Character is the measuring stick this summer.


The last day of the month is as important as the first. Neptune the planet of illusions and dreams, addictions and fakes is turning retrograde for several months.


Get your movie script finished now, so that you can begin the re-writes in sync with Hollywood's leading lady, Neptune herself.

A h-uile là sona dhuibh 's gun là idir dona dhuib.
(May all your days be happy ones)