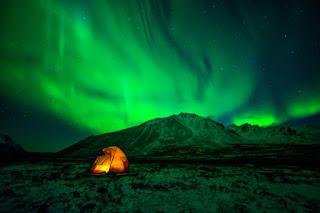 If you are surprised at the insurrection that took place in our Capitol on January 6th, 2021- you are in the minority.

What is going on with us as a whole?  In general the world in a pandemic doesn't feel secure. Unless you've lived long enough to have had some of the rougher experiences (WW1,2 or any WAR) of conflict on this planet, chances are your skin is pretty thin.

In America's birth chart we have Mars in Gemini. The need to communicate information, ideas, and opinions is strong with Mars in Gemini. Americans are known to be chatty. Neptune in the USA birth chart is square that Mars, and currently in the sky Neptune is in opposite to the birth Neptune as well! Plus, it is also square to the birth Mars, creating a T-square; Neptune/Mars/Neptune.

Neptune is known for manifesting fog, and if using the lower energy of the planet, it can lean towards misinformation that is deliberately pushed. The latter is certainly a problem! Information is being 'fogged' in two directions. America was born with a tendency to idealize the truth, and right now, that is being compounded by blanket fantasies.

America needs to learn how to tell the truth- to ourselves and as a daily life practice. We very much need to look clearly in the mirror right now, and face the very bad habits that have developed in the last years, namely- ignoring when liars are given power. Not just people, but platforms that push conspiracy theories, such as Q Anon.

On the day of the attack to the founding cement of our democracy, transiting Mercury also got in on the show. Mercury was in a direct opposition to our birth Mercury and in a conjunction with transiting Pluto, and also our birth Pluto. THIS is at the core of what is going on.  We are having a Pluto return- and that is about shedding a skin- and becoming a different "We the People" government.

First we have to decide what kind of people we are going to be. Do we expect and demand our elected officials to speak the TRUTH- or play games with lives to enhance their own ambitious goals?

What happened on the steps of the Capitol was a test that we failed.  We are very blessed that the mob wasn't more organized.  Mars that day went from being in the last degree of  warrior sign- Aries, to the first degree of much slower and in awe of beauty sign of Taurus.

When the criminals broke into the chamber- Mars had just left Aries- right to the minute. Once the Aries energy of a final push was gone, and Taurus took over- they wandered the halls of our Capitol on a tour of the grand place- not really sure what to do, now that they had used up all that energy to break in.  One can imagine a bull having survived its battle, wandering around the field.  Images of "playing" at being the person in control took place; the House speaker's seat, relaxed and taking selfies, grabbing a podium, and general roaming the halls. Some rioters not really even aware of what they just did; several asked for directions to the bathroom from security!  This is a good example of Taurus energy in the fighter planet Mars. Completely unaware of the act they had just committed, they took their time having fun. Five people had actually just died during this grossly illegal act against our country's democracy.

The fun has ended for all of them.

NOW- we look to prosecute and jail those who can be identified through camera footage.

The main instigator- our "gone off the rails" president of the United States- is going to be held accountable. It is on tape him telling this crowd of foot-lickers, to go "FIGHT LIKE HELL".. encouraging them to march to the Capitol and demand the election results be overturned. He also stated that he "would join them".  HE is a continual pathetic liar, and had no intention of joining; instead, he sat back in his protected house (the people's house) and watched what he had just encouraged on T.V. He watched as the destruction, he ordered, was carried out.

No doubt there were some people on that day that just got caught up in the crowd madness. You can be sure though, that amongst the passion and cult following there were many who truly wished to over throw the election results and install their mad leader permanently. They even went so far as taking down the American flag and hoisting up a TRUMP flag.  Mars in Taurus is in a square to the recent Jupiter/Saturn conjunction that took place on the 21st of December. Mars squaring these two is about resistance and the blinded belief that your cause is just. Mars in a square to Jupiter causes one to over reach. Mars in square to Saturn is an attempt to break down structures.

Jupiter (ironically- Justice) represents the Republican Party, and Saturn (order) rules the Democratic Party. It is imperative that at this time, we look at the weak links in our two parties and seal up the gaps. I used to believe that we had to learn how to 'get along'. I no longer feel that 'getting along' with a party that wishes to distort information, support a would be dictator, or has representatives in office who * bold face* lie to the American people should be trusted.  Until the Republicans change course, or split their party up (which I believe will happen in May of this year) and commit to our constitution and not a person we will be in danger of repeating the history of the Germans in the time of Hitler.

For the next few weeks we have some quite difficult transits that indicate we will have to work very hard to bring calm to our country. On the 13th of January Mars will square Saturn, and a New Moon in Capricorn at 23 degrees occurs as well.  I do believe that if the sitting President does not resign before then- he will be IMPEACH- and forced from office.

Trump has a deep love of money and power. If he is impeached instead of resigning he will lose many monetary benefits one usually maintains after leaving office. He will no longer ever be able to seek office again. It is a tossup of which is better- resigning or impeachment for the American people. For him it is clear- because he really doesn't like the job of being president, he just wants the title and the perks.

Trump's chart shows he is in a downward slide, (one of the reasons I never thought he would be reelected) with his progressed declination moon going south-which indicated 'endings' and a period of retreat. His chart also shows that he is NOT well, is seriously delusional, and I believe that Covid-19 has damaged his brain. His erratic energy is not going to stop, in fact it is going to continue to increase, and he is a national security threat. His directed Uranus is exactly conjunct his birth Ascendant, which adds to his nature of being unpredictable. His Solar Arc directed Neptune is in opposition to his birth Uranus- and that gives him a sense of illusion that he can do anything and not be held accountable. He is in my opinion capable of poisoning this country by his actions in sudden and deep ways. The Neptune/ Uranus combination gives him great charisma, (the second coming fantasy) words that are able to move others, but it is surface only- in that he will not 'stick' to what he says- and all those followers of his that did his biding are about to find that out, as they spend many years in prison. This Solar Arc Directed Neptune in opposition to his birth Uranus is further compounded by transiting Neptune in square to both planets- fueling his psychotic ongoing episode of telling him is he greater than he is. Telling him he "won" when he did not.  He is having his own personal melt down of reality- just like America! As a matter of fact- they are egging each other on!

What is the counter to this? FACTS.  REALITY. *THE TRUTH*. SATURN!  The enablers need to cease immediately all these lies. JUST because he is incapable of facing the truth does not mean it should be ignore! Venus in Capricorn (as of the 7th) will help. With firmness his family members and those close to him need to step in. Will their own lust for more, more, more be set aside? Not likely; it is an oligarchy.  But, if they don't force him to resign, he will go anyway. He will be removed.

This has been a sad week for my country.

As we move into January- you need to ground yourself, because more shake ups are clearly coming. On the 17th we have Jupiter square Uranus- and three days later Mars square Uranus. Undeniably the most EARTHQUAKE alert signature I have seen in a while. This one is going to be a SUPER QUAKE.  So get your supplies in order. It can be anywhere, but I think that South America is very much a possible place it will strike as the recent Total Solar Eclipse path was through that country.  Los Angeles also has a marker for it- as our 4th house (property) is being both triggered by Jupiter (big-no bigger) and Saturn (diminished structures).  I hope I am wrong, since this one would be off the charts and very deadly. It is also a possible signature that our hospitals simply cannot handle any more covid-19 surges, and they shut down.

Despite all the grim and difficult energy coming down the path, I believe we can look to Georgia and Stacey Abrams (STAR!) roll up our sleeves and prepare for the worst, hope for the best, and take off our rose colored glasses - long enough to realize that yes, the sky is looking mighty strange, but at the same time green lights mean - GO FORWARD.