Leap Year- on all fronts 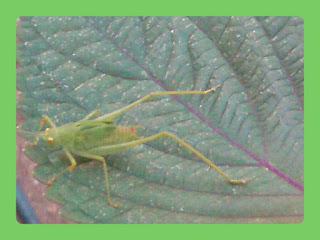 Today is the 29th of February.

And does it matter that next year there will be no 29th of February?  I think it’s fitting that we have an extra day in the current month. Mercury is still retrograde, and that often means delays in choices, and plans. See it as extra time to think on matters, before we leap into March.

Mercury will continue its backward dance until the 9th of March. It will also re-enter Aquarius on the 4th of March.  If you were born in late degrees of Aquarius this might be welcomed. You can have a bit of a brain blast during this first week of March. Reconsider goals and plans that were first embraced around the 3rd of February. This will be true for all of us, but especially 28-29 degree Sun Aquarius signs. (Yoko Ono, are you creating something fabulous?).  Then, a final review March 10-15th.  It is really best to hold off on the presentation of new projects until ALL the angles have been thoroughly examined.

I voted today. We have new voting machines in our community. They are certainly not perfect. And I really prefer PAPER. But here it is.  And interesting to me it is a preview of how things will go in November, because on that voting day- Mercury will turn retrograde on the DAY.  I shudder to think of the chaos that no doubt will be forth coming.  Today the issue was that all the candidates’ names did not appear, unless you clicked "MORE" on the screen. And the word "MORE" definitely needed to be MORE VISIBLE!   We will hear about this. We will!  There was a chance to "REVIEW" your choices (how fitting in mercury retrograde period) before submitting the ballot. My thought was how many people will rush through and not bother? Hopefully, we all take this voting business very serious, and take our time, and ask questions if need be.

Spring Equinox launches at 8:50pm PDT, on the 19th of March.  Energy will come in many forms, and the sun entering Aries will be felt by all.  That week is especially INTENSE.  Mars will conjunct Jupiter, so something is going to be BLOWN out of proportion. Don't let it be your temper.  But that is just the start of needing to control oneself- as it is followed by a Mars conjunction to Pluto, two days later. This will stimulate the Saturn conjunction of Pluto that was exact in January. Heavy energy. Mover of the "unmovable".  In between it all Saturn enters Aquarius!  That would be on the 21st at 8:57pm PDT.

Let me expound on this major event of Saturn entering the air sign Aquarius.  This journey will last until July 1st. At that time Saturn will re-enter Capricorn until December.  We get a taste of what limits will look like in the years of 2021-2022.  Saturn is about structure, what holds you up. (your spine). It also is about maturity. Saturn rules your teeth, bones, knees, and grandpa. Also your father figures in the life. When the planet moves into the radical- rule breaker sign- Aquarius- well- the new grandpa is like BERNIE! Revolutionary! A ground breaker, concerned for humanity as a whole, not just part of it. Aquarius is also very much the "brotherhood of man" sign. The 'rules' get a bit more progressive with this placement. Congress will get shaken up. (Thank god!).... And I am here to tell you- that, the progressive energy is coming forth- no matter WHO wins the election. This is the start. Fasten your seat belts, it’s going to be a fantastic ride!

If you happen to BE born when the Sun was in Aquarius, you will have a chance to take on more in the next few years. It is certainly about setting goals and putting in the brain power to achieve them. Responsibility will be at the top of the list in your life. Great promotions can be got, but you will have to earn them. Saturn 'gives' only what you have procured karmically. Life can feel a bit heavy when Saturn is in the same sign as your Sun. It is also true, when it is opposed and squared it. For the other fixed signs, Taurus, Leo, and Scorpio it’s time to put on your working gloves. Things won't come easy, but the rewards of persistent effort do pay in time. This is a placement that is about the strength of the "PEOPLE".  Take heed. A movement is here, and it’s not going to dissolve this go around. The progressives are getting organized. You ain't seen nothing  yet!

There is a new moon at 4 Aries on the 24th.  Blaze forward is the sign post. Plant your bright colors in the garden of hope for a better tomorrow.

Mars will co-join Saturn on the 31st. This is a solid signature of the momentum of new energy! You will witness a leaping higher than you ever thought possible; personally and collectively.  Yes, there will be challenges to that fantastic vision.  Just remember-Superman's creed,  "Faster than a speeding bullet, More powerful than a locomotive! Able to leap tall buildings at a single bound!"  That is the power of the collective.