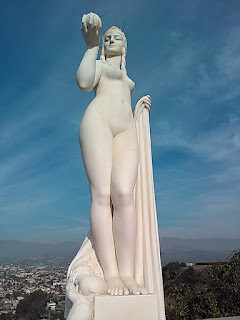 This month saw a Lunar Eclipse,  Saturn Conjunct Pluto,  and Uranus station direct.  All of those movements are enough to land you seeking the nearest happy hour joint, temple or dark cave, never wanting to leave.  But life demands that you show up or you will be shoved out.

Broken down in layman's terms- the Lunar Eclipse was about  career vs home and security. Saturn Conjunct Pluto is 'till death do us part. And Uranus going forward is always a curve ball, unless everyone expects that, then it is thrown straight.

Eclipses are not just moments to be gotten through and forgotten mind you.  They are real book changers. Forget the pages- you throw out the book!  OR it gets snatch away.

We just had Mars trigger a future eclipse- one that won't happen until June.  And everyone will remember the day it was triggered- even if they don't know astrology.

Mars was at 15 Sagittarius.  That's the upcoming Lunar Eclipse degree.  Sagittarius rules sports, Eclipses create headlines tied to the area that the sign is in. In this case it is sports figures. Sagittarius also rules the areas of higher education, foreign cultures, and justice.  Research them and you will see that this is true. It's amazing to watch this happen eclipse after eclipse.

I have to ask myself- are we just puppets playing in a movie that we are 100 percent unclear about our parts? Or is the divine plan for each and everyone in tune to our wishes?   I am speaking on soul levels. If we "knew" our last breath was in 15 minutes would we behave differently?  Or is this how it was meant to be?

I don't have an answer, but I'm sure to stop and meditate even more- when I see the astrology matching the world events!  And I see this often, so yes, I meditate a lot. I still don't know if free will exists or not.  I know I THINK IT DOES, but I wouldn't bank on it. (there is very little I would bank on these days!).  It is possible that it is all written, and we are cool with it, as long as we like it. And if its too challenging we might not be cool with it on a "personal" level, but on a "spiritual" level we know the master director has to make the film that he/she/it envisioned.  LOTS of people are effected by every event that occurs on this planet.  It's never just the people involved directly.

For example, you get sick, your disease gets lots of attention. Then a cure is developed. In the future thousands of people who would of suffered like you did, DON'T, because of the attention that was poured into finding a cure. So, your endurance of the suffering, helped people of the future. I know most won't view their suffering this way. It is broader view.  It takes special glasses to have that wide of view.

Venus is in Pisces with Neptune right now, so this is the time to ponder the color of roses and wonder why some people have more inhales than others.  And to cherish the scent you get a whiff of.

Life certainly can be cruel.  That I am sure of.

It seems as if we are all looking out thinking that the game will go on (until we are ready) and yet, everyone knows this is not the truth. THIS game can end, change, and be very different than you planned in the blink of an eye.

That is what the Eclipses, Saturn conjunct Pluto, and Uranus all have in common:

But sometimes we want that!  And some changes are fantastic !  However they are bookends.   One side is sorrow, (retraction) and the other side is happiness (expansion).  In between it all is fleeting years of contentment.

Watch your life- examine it- the totality of your years here consist of cycles.  Up/Down.

How you deal with them both determines the level of your peace.  Big highs, usually are followed by dips that go beyond what you thought they could.

The key to all of it "seems" to be - staying present in the moment, fully aware that it will change even if you don't want it to, and if you do- lord will have mercy because it WILL CHANGE.

Year of the RAT.

I had a rat come visiting at the beginning of the month. That was a first.  They are clever and they are able to survive on just a wee bit, and they can eat through wood!  We should learn from them.  Not the wood part, the clever part.

Being clever helps you to withstand the lean times, keeps the mind sharp, and knows when the coast is clear and when to sit tight.  This is what people in stocks know.

Right now- Venus is in Pisces, so things have been a bit wonky. Confusing. Dream like.

By the 7th of February Venus will move into Aries, and the rush to be in love will start.  It will be met with a certain level of resistance unless you are under 28, and have lots of Pisces/Neptune in your birth chart. Bless them, they crave romantic encounters. (remember the bookends).

On 16th of February Mars moves into Capricorn, and things (the world) will get VERY interesting!  Because, Mars is going to be happy in this earth sign, and will begin to prepare us all for the earth movements that surely will follow! That is- earthquakes!  That has already begun, but when MARS triggers the Solar Eclipse point of December 25/ (26th in some places) - whoooaoooo - get ready! the week of Feb 22nd will be especially sensitive to this Mars action. Think back to Christmas time, and what 'new' plans you wanted to introduce to your life. The third week in February is certainly a period that can usher in some shifts.  This is a time to build up what you dream of.  If a quaker does hit, we'll have the energy to deal with it. Please keep in mind all levels of the word "quaker".

On the 17th of February at 13 degrees Pisces, Mercury (communications!!!) stations retrograde. Clean out your basements, give your feet special treatment, donate/get rid of shoes you no longer want, do a long silent retreat if you can, give up some indulgence for three weeks, and go see a lot of old movies.  Pray a lot, triple check everything before you sign, mail or commit.  It will station direct on March 10th at 28 degree Aquarius. Best of luck, may Mercury retrograde lead you to a lost love, especially if you are under 28.

On the 21st of February there is a lovely trine between Mars and Uranus.  It is followed by a New Moon in Pisces @ 5 degrees on the 23rd.  This is splendid energy for goodwill, compassion, inventiveness, and dare I say: a sudden love.  Try to have clear vision.... 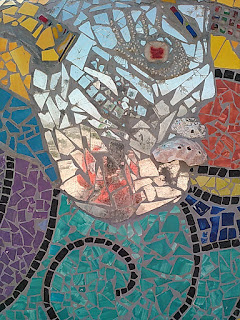