And the beat goes UP 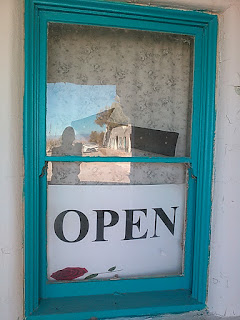 It is the next to the last day of February 2019.  Is it me, or does a month fly by like a year used to? So much is crammed into 28-31 days now !  Thinking back to last year seems like a century ago.

We are a speedy sort of group here on planet earth.  With the instant communications nowadays, its hard to hold on to a thought, then you are bombarded with five more.

This coming month is loaded with many cosmos changes.  So many that you might WANT to revisit the past. Just to remind yourself there was one.

We start off the month of March with a new moon in Pisces at 16 degrees. It occurs on Ash Wednesday, at 8:04am, PST.

Twenty-four hours earlier, Mercury the messenger does the backwards jig, and goes retrograde @ 10:19 am. This reverse motion is at the last degree of the last sign- Pisces. Um.... Where Chiron (the wounded healer- maverick one) just was!  Its perfectly alright if you spend the day reflecting on how you drown, but lived to breath another day.  Yes, we will rise again. Its the time of year for that. We do have a role model for it.

Dream weaver will be busy because the Sun and Moon are interlocking in a 90 degree relationship with 'fly me anywhere but here'  Jupiter. The key to remember is- you must face the music wherever you are.  So just play good music and you won't mind the mushy confusion that this combo can create. Just do not lose sight on the fact that new moons are for new beginnings, even when they are confused as to WHICH road to take. You might be ready to forge forward, but mercury gives you the opportunity to take another loving fond glance over your shoulder, before you say farewell to some factor of your life that you have outgrown, or that has been snatch away. Neptune is conjunct the new moon as well, so all that isn't reality will seem overwhelmingly more attractive than what currently is. Unless you are falling madly in love, that is. And its possible...it will be a very romantic love. One that is fraught with all kinds of obstacles that add to the fascination, such as long distant, and needing a Savior.  'Tis, the season!

To mark the day even more super charged is URANUS re-entering Taurus at just half past midnight on the 6th as well!  So, within 48 hrs we have: Mercury retrograde, New Moon in Pisces hanging out with Nebulous Neptune, and Uranus entering a sign of creature comforts for the next seven years!  I'd try to stay clear headed (impossible!!!) if I were you, and I'd try extra hard to not make any firm- cut in stone, new choices in life.  Everything is going to be colored with a mist of some new kind fairy dust that you've sworn you've NEVER EVER experienced before! Now, if you are a music creator, designer, or person who makes their living via being imaginative, this could be a preposterous and prosper filling week! Something like landing on lottery numbers twice in a row, and not having to pay taxes.

Everyone else, could just experience enormous gratitude that we aren't living someone else's life, because this combo of  other world energy can also bring a taste of: "but grace, there go I'...
It has the ability to do both:  give greatness unimaginable and also give the grand fall, also not expected because we didn't pay attention to the EDGE of the cliff......taking that selfie.

KEY WORDS:  PAY ATTENTION TO YOUR SURROUNDINGS.  Commune with divine. Give compassion to all.

You'll have two weeks to gather your wits about you before the Vernal Equinox...(AKA OSTARA or SPRING) which occurs on March 20th at 2:59 pm  PDT...and then four hours later its a FULL MOON at zero Libra!  WOW!  The Sun enters Aries and co-joins Chiron....and this zero degree is anything but! In some ways the New Moon on the 6th is more like sitting in lotus and the full moon is doing full yoga in less time than you can say I AM.... I AM ....fill in the blank.  You'll be WIDE OPEN in sun salutations to greet the meaning of receiving!  It is one big "YES!"

Mars is in Taurus all month and the flowers are going to be awesome. The earth is the platform in which you can breathe in the scent of: unfurl my freedom to BE.  Rebirth yourself back to you. 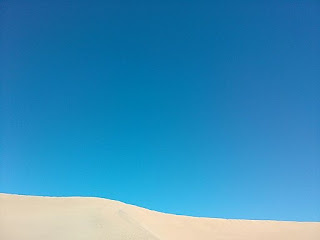