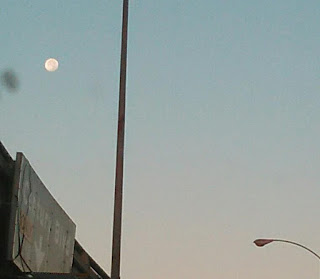 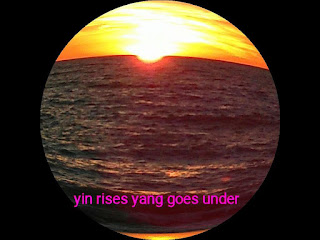 It is with great effort this blog is being written. Today, on the eve of the most important elections in my lifetime, the internet has gone down on my broadband. Earthlink has a relationship with AT&T. so... since AT&T has gone into some sort of "problem"...since FRIDAY... no internet...for perhaps 24-48 hrs.  YES.

I found a way to link up with everything including photos that really display what the elections are about.

Not surprised that an electric fiasco has occurred, because Uranus will return to Aries tomorrow. And the nodes (fate) will enter Cancer from Leo (they move backwards always)...but the timing of an outage that is to last right into the election has my eyebrows raised. Yeah.

But, like me- with my phone tethering to hot spot, and a laptop- we SHALL PREVAIL to get information out! I feel like I am an astro-reporter in a war zone trying to get out vital star science to the masses that care.  So many do. Once upon a time, we in America didn't doubt that "the parties" could work together. Now, all I want you to know, is that this election will determine how clean the air is, how protected your food from poison is, keeping a free press, not having schools, places of worship, concert halls, yoga studios,  etc. be a war zone. And then there is Gerrymandering. Look it up. It will determine a great deal of the future. Governor races are super important right now.  So lets get to the astro:

1. Uranus re-enters fire sign Aries (LEADER) stays there for the next four months. It will oppose the current Venus Retrograde position in Libra. Everything can change in an INSTANT.  From who is hot in your eyes, the art world, the stock markets, and who is also worth going to war over. For a short while Mars in Aquarius will be sextile to Uranus...the collective is FIRED UP.

2. The Nodes of the Moon- (north and south) where you are headed where you've been- are moving into the sign of Cancer/Capricorn.  THE FEMALE is THE FUTURE. And that future starts with this election. We will see RECORD females holding high office. The energy also makes everyone much more concerned over food supplies (YEMEN) and what security is -actually. Is having a roof over your head a security issue to you, or are you more concern about your profits? If you can't afford housing very little else gets taken care of. The world will be re-examining the meaning of having an address to be allowed to VOTE.  The planet Uranus will square this point- that means- the fight has just geared up a bit. Do  you think the MALES who aren't evolved will give up that toxic male ego without a fight? Some people never ever got taught that we are spirit first. We will have to help them go past the limited thinking process. Jupiter is going to help. Jupiter= Knowledge.  Jupiter is currently TRINE to the new node placement. But only for about three days. We'll take it. (who is we you ask? the progressive voting people).

3. Jupiter is @29 Scorpio.  Thus, the stinger is out. Jupiter is triggering the Total Solar Eclipse of Aug. 2017. Remember that one?  The one that split America in half?  Where an eclipse falls is where the action is. For a while, and certainly when a planet triggers it by degree. Jupiter is square the TSE point. Jupiter rules justice, the law, truth, universities, foreign places/travel. ALL of these will be in the news. History is happening all over the world right now. Relationships are being pushed to the limit. FYI  - Scorpio at 29 is "take no prisoners" kind of vibration.  What goes down now, will last, for a long time. It will have repercussions that you can't possibly see, unless your vision is to the core of the earth.

Russia is a very Scorpio country. Likely very busy right now trying to macro-micro manage "things".  (like voting machines). The Orange Slime has Mars at 29 degrees Leo. His Ascendant is there too. This gives me an idea that the elections won't be to his liking. He doesn't like to lose.
On a personal note- think back to Aug 2017 and where 29 Leo fell in your chart. If you don't know, get a reading via a good astrologer and find out what area you need to be paying attention to. This triggering of the TSE means big big change. An end is coming. Its possible the end has been in process and is just now being faced. THIS is not easy energy to deal with if it opposes or conjuncts or squares an important planet in your chart. Take care to get enough rest. Take care of your heart, back, and reputation. Call on your deep soulful resources- and stay focused on what is IMPORTANT in your life. Do you best not to work against your own self. Let what goes, go. Try not to hang on to
things or people if they wish to be set free. This is a cross roads in life.

4. There is a new moon on the 8th @ 16 Scorpio. This shows that NEW is here- now. I have deep faith that the NM in a trine to Neptune will bring up renewed hope in being able to rise above the stink that has invaded the whore house.  (yes, that is what it is now). We will find a way. Normally I am not so blunt in my astrology writings. However the last 3 years have made tip toeing around the obvious impossible for me now. America has been sold to the highest bidder. It is now viewed as a corporation, not a country. It has been hi-jacked by fake Christians- who voted for the anti-christ that they have been fearing for thousands of years. When kids and babies are locked up and when those who seek safe shelter are given the go-ahead to be shot if they throw a stone-is the rule, christ's teachings are NOT in play, Hitler is. I thought we got rid of that energy- clearly we have not. BUT WE WILL.

5. Nov 16th is the next most important date!  Venus goes direct, and Mercury goes retrograde! Its good if you want to redo- words. Its going to make the holidays (Thanksgiving) a musical chair sort of event. I wouldn't ink in any plans right now. The Stock Market might calm down though.

6. Jupiter enters Sagittarius for one year.  On Nov 8th the fat planet enters the sign of can I do more, eat more, have more, travel more, but hey within the law! Jupiter is very happy here. We need some happiness. We need good will for all to return. Perhaps Jupiter will - bring some Santa to you and me. It will be a great time to continue your studies, or start them. Where are you aiming your arrow?  Hit the mark! Exercise can be fun again. Learn a new language. Befriend someone different than you. Put love back into your faith.

7. Mars will trigger the Total Solar Eclipse point of Aug 2017 !  (two time this month-first Jupiter, then Mars!)  From the 10th- until the 16th are super sensitive days. This is a PSA- earthquake warning. Temper warning. And its also going to usher in the collective wishes. Go Humanity!!

Wishing you all a Healthy Thanksgiving.

Let your light shine. One for all and all for one.