Oh Lord, won't you buy me a mercedes benz... 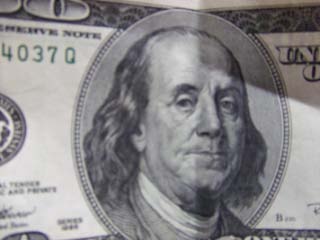 Quality over Quantity. Blue chip verses....everything else. We are in Capricorn territory. Make it to last.....make a lasting impression....the last one standing wins...this is Capricorn thinking. And its with us now, as the Sun, Venus, Saturn and Pluto are all lined up with good posture. Jan 10th will see the line up lengthen with Mercury marching to the old goats tune....and in your head...expect a more serious tone to emerge. Great for writing the never ending novel. Something rather dark and serious, comparable to "Les Misérables".

These are serious times! Make no mistake about it.   Dry humor is the antidote.

The New Year will begin with a bang of awareness! The haves vs the needs.

2018 begins with a FULL MOON at 12 degrees Cancer....  conjunct America's Sun! CHANGE is COMING! It just might not rattle in your pocket... it might be the sound of bells and whistles asking that our leaders discover a more nurturing approach to governing.

Housing is a screaming issue all across the country. It will not go away. This full moon highlights the need, the profound need, for affordable food, shelter and clothing. Capricorn is about the basic needs. Bare bones. A potato a day sort of thought.

Cancer energy is a mothers home cooked meal, her very breast for a baby...can you imagine a world where a baby is denied that, and it is sold to the highest bidder instead?

What do you need to make yourself feel secure? What can you do to strengthen your position?  Saturn is the big heavy, but also the one who hangs in the game until winning is happening. Saturn is going to make us all understand the meaning of the word: endurance.

And endure we can, with a little help from Mars and Jupiter. Both in Scorpio, who is known to strike down a cobra with a mere stare, transfix the reptile into a motionless hood ordainment. All things being not equal, just energy, means you can stop the gushing wound of America's psyche, by facing facts- head on. Like the Akido master, redirects the momentum of an attack, by protecting self, while also displaying elements of mercy.

For those who enjoy high risk sports, this financial high wire act that we have embarked on by force, (tax cuts) might just prove to be one hell of a roller-coaster ride! Fear and thrill are very similar vibrations. Its a high stakes game, indeed. Jupiter is all about relating and Scorpio is our shadow- (fear/paranoid)...so when Mars (action- defense) locks in step with the biggest of the big...we will see some action around banks, debt, fears, mergers, and some will succumb to death. Its highly possible the first week of January brings not only party defects, but alas some end to long term political careers. A sudden vacant seat can be a game changer. What seemed a done deal, is suddenly undone. So, do not despair, because work is being done out of sight, that can tilt the axis. Sherlock Holmes is very busy.

This combo is an excellent team fighter for getting rid of anything you no longer want, including weight! Use the first week in the new year make yourself discover the hidden talents within you. Taxes come under Scorpio as well, so you'd do yourself a favor by jumping the gun on that a bit, being savvy, and a nip and a tuck now, rather than later.
Its really about being PREPARED more than anything else. Being able to see just what you can work with- as far as getting along with others, understanding what has value and what doesn't. Knowing your worth. TRUTH always works. So be truthful to yourself first !  What needs to be done to reinforce my fortress? I am speaking of - home, health, marriage, soul- whatever has great value to you.

When Mars hits the 29 degree of Scorpio- on the 25th - 27th of January, you can expect some turbulence. This is especially a time to pay attention to people who are not of sound mind and body, and keep a healthy distance. Mars will trigger the Total Solar Eclipse that happened in August. I expect deep obsessions and heels digging in over pov's....its an especially difficult energy, but can bring relief in situations that you wish to come to closure. Its a bit pig headed... so don't expect people to back down with ease, tread lightly in disagreements. Its the opening act to the Lunar Eclipse, in Leo, that occurs on the 31st.   Yes, we have TWO full moon this month...so whatever didn't get thrown out on the 1st, is for sure going out with a flare and drama on the last day of the month. Hissy fits will be all the rage! If this happens to be near your birthday, your life is going through MAJOR overhaul. Be kind to yourself as you morph into a new being.

The orange slime (pretend leader of the free world) has surely got one hell of a month of hard aspects, so don't expect the on going soap opera to end...its not going to ...its going to be high pitch drama......brace yourself ...the best part has yet to come...........a real show stopper.

There are going to be so many 'unexpected' moments in January, that you'll wish you could super glue yourself back to ANY point in time when life was simply- calmer. But we can't, and thus, take a deep breath, puff the chest out, say a prayer, and get ready to stand your ground and show what you are made of: Stardust! Cosmic Light!

Janis will light the path