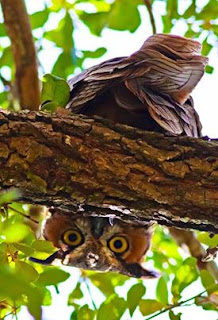 I know things feel strange. Like the BIG drama in everyday life is never going to stop. You'd think we all subscribed to a forever bad series of Broadway plays that should be off-Broadway- as in closing after opening night...but no, it continues...the drama...on and on and on.  WHEN WILL IT STOP?

It might not STOP just yet, but its going to get very SERIOUS. As in, STAND UP to the crazy energy serious... We are in the season of SCORPIO now.  Yes, there is still some Libra hanging around, trying its best, to not get "involved" in the ruckus.... not get their hands "dirty"...but you know everything is shifting into - take no prisoners mode. Black and White view.  With us or AGAINST us time.  Who's side are you on?

I am speaking of America's current meltdown of leadership...which of course was AWOL about 10 months ago.  Since we've had crisis after crisis, it's becomes very clear, we are sinking into quicksand, and totally uncharted waters now.  This is just about when I expect a miracle.  And no one is better to hand out 180 turnarounds, than SCORPIO.

The sign Scorpio is all about - the transformation of the soul, and ground zero ash rising into an energy source that outlast all expectations. Scorpio can withstand the most cruel circumstances and then somehow, bring a healing and depth to the table that will feed you forever.

The Sun, Mercury, and most expansive Jupiter are all in the deep waters of Scorpio now. This week the Sun will hold hands with Jupiter at the degree of 4 Scorpio on Oct 26th.  This actually happens to be Hillary Clinton's birthday.  She's just launch her latest book tour, and its going very very well. I am not surprised, as Jupiter rules publishing and its tied to her Sun this year. She is a prime example of how one rises from the ashes, does what one never thought possible, and then does it again and again!
She is SCORPIO.  You do not need to look any further for a great example of the strengths of this sign.

Jupiter also rules JUSTICE.  Within twenty-four hours of its entrance into Scorpio, the Sex crazed and abusive men in Hollywood started being outed. There seems to be a lot of them. The lid has been BLOWN sky high, and its not going back on. Certainly, its all bent out of shape, so it won't fit the old cast iron pot anymore, no matter how much those that do not want change try.  WOMEN are moving forward. We might not of gotten our first female president, but you just watch us ROAR for change.

I believe that the desire for change is so deep, that it will stick. The rally call will not be silenced. Its as if all the frustrations of the last ten months are poured into this movement to get justice for women who've had to endure loggerhead horn-beast behavior from men in power for a lifetime...and they are sick of it. SO sick of it- that "FEAR" of backlash is gone. For the record, FEAR is never in the Scorpio vocabulary.  So, the clay-brains that think this is just a passing moment, need to read up on Scorpio energy.

How can you use this energy?

Harnessing Scorpio energy is easy- just ask yourself what you are most passionate about! Move forward in that direction. Do not allow any distractions. Do not take your eye off the goal. Give five hundred percent- and you will make progress.

The down side of Scorpio energy is that it -can be ruthless. Even cruel. So keep it in check! Am I hurting anyone with my blind ambition?  Have I forgotten family as I pursue career?  Its hard to keep it in balance, but the last ten months have shown us what happens when we 'don't care' about others, only care about ourselves.

The extremes in climate will continue if we continue to not 'care' about the planet. Apply this same rule to your own life. Commit to a path, yes, but keep a holistic view in mind.

On the 3rd of Nov. we have a very powerful Full Moon that links up with Neptune (dreams/fantasy/spiritual truths) and also pays heed to Pluto (underground power). BE HONEST.  It is really that simple. Tell the truth to yourself and others. Do not allow yourself to fall into a daze of wishful thinking or bias leaning- deal with conflicts head on. Do not allow escape patterns to prevail.

There will be some strong shifts in allegiance. near this full moon. Full on separations. Venus will be in an exact opposition to Uranus. This will bring a shock to many, how 'suddenly' people that have always 'played ball'....are not playing anymore. They no longer 'do as they are told'...or expected. No, this full moon is going to bring many a rebel with a huge cause!  Cause you did this, Cause you did that, I am gone!

But not is all lost, as Venus will also be in a good relationship with Saturn, FINALLY,  a sense of secure footing can be found. Its almost as if the minute you realize what is no longer working, you find the path that WILL WORK.  So, its a break through....after the breakdown. Its also a bit like the owl looking upside down, you turn the tables, and everyone gets a new view.

From that place NEW CONTRACTS can be formed. New bonding that is much more about how to get along, and not just about 'getting yours'. Finding the win/win situations. This happens when you honor your principals more than the end game. This month would be a good time to be clear about what exactly those principals are.

Many people have experienced an entire life-changing event in the last month!  What they wanted out of life has CHANGED.  This is the entire purpose of Scorpio energy. It certainly calls on one to find the strength of character that you never knew you had, until it was tested. Scorpio will test you. Then it rewards you, with mainly, no more fears. Freedom from fear. What do people fear most? Death. What is death? Change. Scorpio energy is about facing all the fears- conquering them. You become Hero/Heroines!

This energy of Scorpio is also about inner resources. The gems are inside, in the form of finding: loyalty, determination, passion, deep forever love, good use of power, endurance, everlasting depth of willpower. Being AUTHENTIC.

So, as the world tries to throw you off center, turn yourself inward and grab a hold of your power rod of steel soulfulness-and don't let go!