AMERICA THE VIOLENT > what is the antidote? 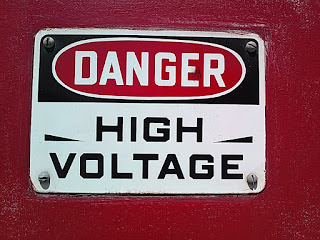 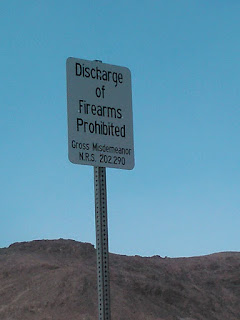 America just had a birthday yesterday; 241st.  Teenager years in comparison to the rest of the world.

How do teenagers act? REBELLIOUS. Defiant. . Know it all.  Can't stand to be told ANYTHING.

FULL of energy. Dangerous energy. Impulsive. Quick to anger. Sulking can take over at any moment. Slamming of doors in the house, and 'go to your bedroom' sort of behavior. But most important- they are in growing pains. Teenagers are trying to figure out 'where they fit in'. They are very sensitive to being adorn. And when rejection comes, as it does to all of us at many ages,  teenagers get angry.

Anger is a mask for fear.

There is a lot of anger in America and the world. Let us not speak about 'the world' right now. Let us focus on our own backyard. America is in crisis pain. Growing pains. Serious communication issues are at hand. We really have our plate full- even though its recently been broken and super glue is suppose to keep it together. YOU CAN SEE THE CRACKS.

Every country has a chart, because just like humans they have a birth. Even though we can't say the EXACT moment the pen hit the paper in the constitution .. (various debates about this among astrologers)  we all agree that the 4th of July 1776 was a America's birth date. How united are the states right now? Not very.

So, what are we going to do about it? Because what is a country, but lots and lots of extended family.  And even if you do not like all the relatives that are visiting, or any of your relatives, we do have to live in the same space- (the place called AMERICA) somewhat.

Looking at the stars for the "solar return" for the USA in 2017 tells a story. That story is not 'written in stone'. It is a general road map. A tool; to help you gauge the weather, the possibilities, the danger zones, the areas that just might create havoc if you do not pay heed.  One can venture off the path, get lost, discover lots about who you are when you are lost, scared, and alone.... or one can just hum along as if nothing on earth is deserving of  paying attention, and if you are lost and confused space aliens will discover you- so why pay any attention to the map? Praying does work wonders, yet, its not always smart to test fate and shrug off your own responsibility to PAYING ATTENTION to what is going down- before stage four cancer has developed; or a civil war.

We are in a very serious year.

I consider 'a year' in this context to be 'birthday to birthday'.  Looking at aMErica's (typo intended)  Solar return chart- we see- a  Scorpio moon- in the 12th house. At the Sabian Symbol degree: A military band on the march. (27 Scorpio)... The moon is not at home in Scorpio, but its very power driven there. Its also extreme extreme extreme in emotions. No shades of grey. No even a sliver. The moon in the 12th house is -secrets. The moon represents the females of the country- and also the public. Nothing is read 'alone' in a chart- (if you are good at your job) every thing modifies everything else. A bit like the artist's palette.... one color can change another when its next to it.  Talk about throwing shade in a new context!  Some big butt shade is going to be thrown this year!

Scorpio is also about 'transformation' and we as a country will grow, or sting/shoot ourselves to death.  The enemy is actually in our hidden subconscious. It has to be brought forth in order to have light shed on it. I guess people have really harbored hate for thy neighbor (in all forms)  and resentment that the neighbor has something they don't. Or that the neighbor can't be trusted and is going to STEAL what they have. Being Paranoid is also a Scorpio trait. (They are out to get me).. Envy and jealous energy is also big negative trait of Scorpio. (every sign has some lower energy- so don't be getting down on Scorpios)... One of the most dangerous elements of the scorpion energy is- that when backed into a corner they will sting themselves to death rather than admit defeat or surrender. AKA- staying in a war that can't be won. (or starting one). That is, unless they are operating on a higher transformation vibration.......which we know is always possible! Then, this very dark energy looks within, and has a 'dark night of the soul' moment. A deep staring down of ones own birth/death cycle can bring about new life- in the symbol of the EAGLE.  RISING ABOVE to get a higher- view. Having the urge and desire to focus so steady and with pinpointed laser sharpness that one transcends the very thing that has brought on fear, anger, hate and thus fears nothing- in a good way- because one realizes that YOU ARE HE. In other words- that neighbor you hate- is really you hating yourself, projecting it out on another! Its also THE CHRIST- MY FATHER AND I ARE ONE moment! This is deep. And so is Scorpio. You will not find a Scorpio EVER hanging any place but the deep end. All of this suggest- that - we have choices this birthday to birthday in how we are going to 'act out' emotionally in this country.


We are all part of a bigger picture. So vast so unlimited that the tiny 'mind' can not comprehended this until the ego dies. This is not territory for the weak. This is major combat spiritual investigation. And America is in this area right now. That means our collective emotional body- is swimming in deep waters. Some will drown. This is a fact.

But the stars to not 'command' they are sign posts- to help you along the way. They are a language- helping you to discover the story. YOU make the ending happy or sad by your own attitude. YOU can react or not. YOU can be happy or sad. YOU can make the choice of love or hate. When people are doing this in MASS it becomes a movement. It becomes a sea of change. So do we face our demons- stare them down- transcend them- and go higher than the little ego (me me me, oh, more of me, he did this to me, bla bla bla)....  or do we sit silent in the dark and investigate WHY it is that America has become the most dangerous country to itself...?  Got news for you- the enemy isn't outside- its inside, and its name is FEAR. (OF DEATH- of your world changing, of your world not changing-etc).

Well, now that we've gotten it clear where we are- as a country- let's look at how to work with this energy- on a level that brings in other factors..... such as- WHERE our (USA)  Sun Sign (Cancer) is for the return chart.

It represents- our leader- and its in the 7th house of OTHERS.  YES.  Its in a T-sq (crowbar) with Jupiter (other countries, the law, justice, partnerships) in the 10th and Pluto (government, the bomb, the chemo, the snake shedding its skin)in the 2nd.  ITS ALL ABOUT MONEY/VALUES and LEARNING to get along with others!

IT is about creating JOBS. JOBS. JOBS.  Did I scream it loud enough?  People NEED JOBS- to not feel in FEAR. Its easy to 'say' you are going to create jobs, bring the jobs home, etc....It will not be easy- it will take compromise, but it has to be done. Jupiter at the top of the chart- shows a lot of 'hot air' being blown from government (10th house rules government and heads of state) Jupiter is in Libra. So things that need to be said- looked at and understood are being ignore because its not so pleasant. Jupiter in Libra doesn't like to work so hard.  "Oh, just agree with me!"   The t-sq says that partnerships are very tricky for us this birthday to birthday...there just might be a costly divorce. So, keep your attention on your awareness of the constitution and what it stands for! Write your leaders at a local level and higher up. ORGANIZE.  This is a powerful configuration for DIRECT ACTIVISM.

Venus in the USA SOLAR RETURN Chart- is in the very last degree of Taurus. This is - the Medusa placement- the weeping sisters placement. It is about wealth...or lack of. Being int he 6th house- its about public service sector. Its about transportation. Our bridges, our roads, our trains...as I type, on the chopping block is Amtrak's across the country train system. If you do not scream loud and long- its going to go. Lots of things are going to go. LOTS- if you do not SCREAM.  Again key words:  DIRECT ACTIVISM.


YOU simply cannot afford to be a couch potato if you depend on public services to survive.

The very skeletal system of this country is being changed.

Saturn rising in the chart- in Sagittarius in the first house- and retrograde. There is a movement (in government)  to 'go back' to some place to limited (Saturn rules limits/rules) views on faith (sag). Its the blinders are on placement. My faith is the 'only' faith.  This is also- student debt.  What do you think will happen if half of the students default on their insane student debts?  That would be a crisis that would make the housing bubble look like a tea party...(oops...let's say a cocktail party)....

What can we do about this? Dialogue!   IF we can manage to 'drop the mother of all bombs'  we can think about creating a country that does something besides kill people and brag about it- how about creating a vast educational system that is affordable- how about bringing back two year vocational training to replace 'black lung coal jobs' (that aren't there anyhow).... We have a chance to use that Saturn in Sag in the first to go back to a cannon of training that provided good jobs- with security and then bring in an economical boom! You can not 'buy things' and stimulate the economy if you do not have money for food, water, shelter and clothing. We have to return to the basics, and I am not talking about bible study, I am speaking of plain and simple - caring for your fellow human beings.

Compassion and loyal deep friendships with each other will make a platform for building communications to solve our differences. We are not suppose to all think alike. This is what makes for fusion and interesting inventions! Who wants a cookie cutter world? Where we all think exactly the same way, eat the same foods, pray in the same way,  let no outside ideas in because we might melt if we allow our brains to open a bit, etc. That is robot world.  That is North Korea.

I have spent this month's column on a focus - of America. For a reason- we are in crisis. We are about to overdose on hate. IF that is world you want to live in- please do it alone, in your own bedroom.

For those that do not want that world- I say two words:

It's the 60's again baby....so get ready to dance in the streets, while you still can.

Now blow those candles out- and make a wish-