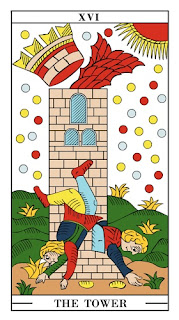 AMERICA is in CRISIS! 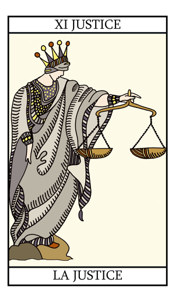 
Most of us in America, do not want to turn away the rest of the world in fear.  But that is exactly what is happening. FEAR is the one thing that is an inside job that must be controlled and held at bay, for anyone or any country to expand and grow. To grow in fear is to have cancer.  America has a very dangerous cancer growing.

Tonight the sitting president (from now on to be referred as tsp) will address the congress. This takes place at 9pm in Washington.  Here's the chart. 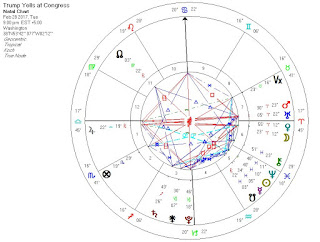 I will give a layman's term with some astrology references.... Basic message will be: "No, one loves America more than me." (it always starts and ends with tsp).  The love of defense and guns, more power and being the biggest bully on the playground is what this message is all about. Its also about making sure everyone is fearful. Very fearful. From the unknown. From all those 'others' that want to cause us harm. The irony is, right now IN AMERICA, from within- we have a crisis in our Jewish communities being threaten by the extreme nut cases of the right wing. tsp isn't addressing that. Nor is he addressing the two hard working Indian engineers (who have worked and lived here for a decade)  who were gunned down last Wed, in Kansas by a white homegrown terrorist. tsp hasn't addressed or even mentioned that. Or offered condoles to one man's widow.  This is our cancer. Its within our own- homegrown- and being fueled by the lack of any counter from the tsp. Its shameful and alarming when its at the top. He will talk about jobs, jobs, jobs... it has yet to be seen if he has a concrete plan (other than the wall) of how jobs will come to Americans in need. Coal is promised, and since they just passed a law allowing coal companies to dump chemicals in streams, that might come, but at the cost of polluting our air and water. America is in Crisis to be sure.

HOW TO GET BACK TO CENTER ?  IS there a CENTER anymore?

We won't for a while. Mars (aggression/military/lets get this done!) is in Aries (my pov is the only pov) has just locked up with Uranus (sudden, explosive, and the brotherhood)... this lock happened on Oscar night  (hence the bomb-ending surprise) ... its being triggered (more fuel on the raging fire) by Jupiter ( law, study, how one relates and expands, other countries, cultures) in retrograde -in the sign of Libra...the balance is lost, hidden from view right now. It is only within that you will find it.  Laws being pushed through are creating more aggravation towards our country. A clear message being sent is- to come here- to USA- you must not be different from us, you must have the same faith, you must not be dark-skinned, you must not have ever traveled to any country we consider an enemy....(pretty much that list is growing to include the entire world outside of our borders).... its sends a message of intolerance for multi-multiculturalism that we were built on...so its self-destructive. Wed, the day after the talk on why we need a zillion dollars for boarders, and weapons, to keep 'the bad guys out' ...the moon will trigger that Mars- Uranus opposition to Jupiter.  THIS IS MAJOR EARTHQUAKE ENERGY.

Earthquakes come in many forms.  They shake us up! Get ready for one big steamroller and fiery ride. The stage is being set for a battle, and if we allow tsp's rhetoric to go on unchecked we will draw (war)  to our  country. Because one of the laws of the Universe is- what you focus on- comes into being.

So, we must do the opposite...we must focus on unity, peace, faith in others' goodness. We must be united in peaceful warrior mode. To pretend that action won't be needed to counter the fear mongering is folly.

America's crisis- is growing deep. It is centered around greed, fear, and not EVER having 'enough'. It is 'us vs them' mentality.

Not all Americas feel this way. But that is the message being pushed from the WhiteHouse.  Venus will turn retrograde on March 4th- and stay in retrograde mode until  April 15th..... tax day in AMERICA!  Do you think its odd that tsp doesn't want the people who voted for him to know how much he is worth? We already know he never pays taxes (and is proud of it). But his worth? Um.... questionable.

While Venus is in retro mode we review what LOVE is. We review what brings us love. Sometimes we get involved in ill thought out partnerships- that 'seem' to be 'love' but turn out to be zapping our love, devoid of generosity, and not very caring. What's in it for me partnerships. I suggest that you attempt NEW ways of being loving- during this retrograde period. In fact we will see many a couple/business 'giving it a second chance' during this time frame. We also will see 'calling it quits' behind the scenes- later to be announced.  Some endings will be premature due to immaturity. This is not the time to let go of anything that has tremulous value to you. Give it space. Give yourself space. Learn to be loving to yourself. There are worse things than being alone! This is an excellent time to rework old art pieces...of any kind. Especially working in metal or any of the arts that use- fire...(blown glass, red pigment, torch work, etc).

How do we get back to center when there is a sinkhole there?

You go around it.

And this is what millions of Americans will be doing to keep the meaning of our statue of liberty alive. We will go around giving love, hope, and a welcomed feeling to all those that are being pushed and shoved aside as if they were ants with no purpose.

America's shadow of hate, and fear is not going to grow as long as we throw flashlight, sunlight, and inner divine light on it. It hasn't a chance against LOVE.  So keep the love in your heart flowing. Keep the activities up that give you a sense of belonging to humanity in its entirety and in a holistic way. Go out of your way to be kind to those that are different! Invite those of different faiths into your circle. Support one another by looking out for each other. Do not let anyone be BULLIED or threatened in your presence!

The press is not the enemy, a closed mind is. So read, share articles (fact ck them) support the independent papers as well as mainstream press. They are needed more than ever! When a country's leader attacks the free press, no good comes of it, for anyone! This is one of the steps in dictatorship. HISTORY has shown this time and again.

On March 9th- Mars moves into Taurus.  So how we spend and HOW we SAVE and invest- will be the focus. Look to NDPL to get a big push with help in cutting off investments towards the North Dakota Pipeline. That fight isn't over. Everyone needs clean water!

Romance also will be in the air...(but remember Venus is retrograde!).... Plant flowers, food, and seeds of goodwill.

Let it be YOU and ME who brings balance back and Justice to the forefront by our everyday actions.

A crisis can be a good thing in the long run. It allows one (and a country) to do a checks and balance and get back to the basics. Do this in your own life. What is your priority? Where is your focus? Stay centered this month in what brings you to the heart- because if you cut off the blood circulation- you surely will die.

So let us LIVE!