THE WAKE UP YEAR 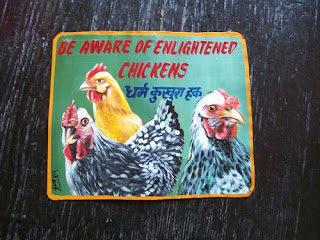 We rolled into the call for waking up with the Chinese New Year.  Not just at dawn, but FOR LIFE!  Time to WAKE UP!  The times call for it, and life is far more interesting with a broad perspective. When you "wake up" you find the ONENESS.  And that oneness is how you manage to keep the smile on your face.

HOW to wake up?  By looking inside, asking the 'why am I here' sort of questions, internal investigation, and divine's grace.

We need to be awake more  than ever. Especially in America.

Mars has just moved into Aries where it is very much at home. Mars is the warrior. Aries energy is straight forward- youthful- and all about ACTION- NOW.  So we are going to see lots of act first, think later energy out there from people who have not learned to harness the discipline element of Mars.  It is especially important to THINK before you act- not just how your actions create change for the now, but also the future. Aries doesn't like to think too much past the moment- but it is very important that you do. So plan out your action- contemplate possible 'reactions' to your action. Don't let your anger RULE you. This is very important- because when we act from passion/anger- we aren't clear headed....and w/o clarity you find foolishness. There is enough of that in the world - don't add to it.

This Mars energy is great for physical action that requires courage.  Metal work. And working out.

By the 3rd of Feb Venus will also be in Aries.  Love at first flame. (and it burns out quickly).

So much fire energy going on in Feb, that you'll need to cool off with deep breathing, good humor, and a bit of luck.

I AM QUEEN HEAR ME ROAR....this has just begun. Heads of state will roll.  Leadership is going to change- and the female leaders are certainly going to be playing a chess game. All bets are off on how this flows...except- I will say- the woman's voice is going to get way louder. Statue of Liberty is pretty pissed off right now. Justice will be done, especially because Jupiter will support this eclipse- yet, by the time it comes around- Jupiter will be retrograde (on the 5th Jupiter reverses direction) and so a lot of balancing will be going on behind the scenes. ANY confirmations of a supreme justice for USA highest court will go through the ringer. Delay? You bet.

By the ends month- 26th Feb, we have the second eclipse- at 9 Pisces- conjunct Neptune.... perfect for the Oscars... but otherwise can make fuzzy thinking a major issue-because we just can't seem to get ALL THE FACTS.  Fake news will be an issue. Compassion needs to be front and center in your heart.

The next four weeks are going to be surreal.  Put on your special glasses and learn to breath deep.

And don't sit on your anger- ACT OUT! SPEAK OUT! WORK OUT! SHAKE IT UP BABY!


Don't expect for the political theater to end (in America) the show has just started...so like I said- TIME TO WAKE UP!

credit to the above image from a blog I found online-