Fear not; get busy! 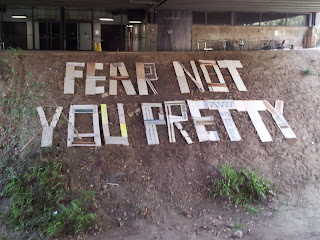 It has taken me a long while to write this blog.

Having yet ANOTHER old, white man as president wasn't how I saw the transiting Uranus sextile to America's natal moon play out.

Where is the 'new' in that?

Well, The T. (as I can only bare to write that much-)  as I will refer to him- hasn't got one ounce of experience in government- so I guess that is the big shocker of Uranus sextile our Moon.  But somehow- I think we've got something more in store.....

Shake up did happen- in Washington- and that is a good thing.  Shake up is going to happen with the Electoral College... THAT is clear... as Mercury the trickiest of them all turns retrograde the very day that the EC votes!!!!!  (Mercury retrograde- Dec 19th- Jan 8th).

Perhaps The T. won't get all the EC votes he thinks he has.  Maybe a shock of a shift happens.

Even  if it does, I don't see Secretary Hillary Clinton being sworn in.  There might be some back and forth- tug of words and votes.... another message sent to Washington- "End the EC".  A strong message is going to be sent.

Jupiter is in Libra.  That's justice.

Pluto is in Capricorn. That's Government.

They are going to be in an exact square to each other on Nov 25th.  And then twice more... in the Spring (March) and in Summer (Aug).    Finding a 'compromise' won't be easy.  Peaceful Protest will be raging for the entire year.

Big Daddy isn't going to save us. Neither is Big Momma. (Remember, that's why our founders left England!). Its our collective shadow that has drawn the T. to the oval office. IF we wish to grow as a country we have to check out that mirror. Ugly warts and all. This is how we grow. We will grow. It will be painful. To see the hate in our hearts... is to see our humanness, that must become divine love...like the iron to gold. Lots of pounding out what is covering shining bright. We all have it- to some degree- no matter who you voted for.

The effort to listen (not to the haters) to the equal minded ones who wanted change is needed. How can we come together as a country?  I am not so sure we will. We might just continue to be a dysfunctional family that ignores the relatives you can't relate to. Meanwhile in order to survive we will have to sit at the dinner table together..... and have a bit of a food fight.

Bring in humor. (Jupiter loves to have a belly laugh).

The T. isn't going to be laughing much though. He's going to hate this job. His freedoms are going to be curbed big time.  Saturn is sitting on his Moon. RESTRICTIONS. This won't sit well with him. But he's learning the big lesson..."better be careful of what you ask for...."

I am not so sure he will be in office for the entire year- much less four.

There is a Total Solar Eclipse sitting on his Mars and Ascendant in Aug.  This is no small matter. Solar E's to the Asc. traditionally change your view- and your body's needs.  New view, new body. Heart issues? Back issues? Likely. Carrying the weight of the entire United States of America is not a reality TV show. But there will be ratings. Plus, its a 24/7 job.  There is no vacation- ever. Good thing he realizes he won't be having one.

As early as mid Dec 2016 that point will be triggered.  RIGHT when the Electoral College votes!

Maybe they fire him before he is on the job.

Ok, maybe I am having a fantasy?

Saturn will trine Uranus in Dec.on Christmas EVE as matter of fact! .... Saturn and Uranus flowing together is the patent of the new invention. Its Santa coming but not leaving 'the same old same old-STUFF' its leaving 'beliefs' and leaving you the vision of a future that gives hope and goodwill.

Its protection that gives freedom. Its commitment that doesn't squeeze the blood out of you. Its a combo of feeling secure and experimental at the same time. Its having best of both worlds. So harness some of that. Express yourself in new ways- with old traditions. Live the words GOODWILL TO ALL ring out. This is also -Grassroots power- !

Maybe if we can let go of "fear" we can make more room for peaceful change.  Make room for a movement that really says- "lets not waste food, especially by throwing it at each other, let's come together as a diverse and beautiful world...let's prove that there are more lovers in the world than haters".

We can start this now- this week of Thanksgiving in America. We don't have to wait for the Dec. Saturn trine Uranus. We can agree to disagree....and yet- still break bread together. They do it in Washington all the time.

THE OM HOME.  The Universal heart.


"Your task is not to seek for love, but merely to seek and find all the barriers within yourself that you have built against it.” ~ RUMI