Round the wheel we go-HAPPY Birthday AMERICA! 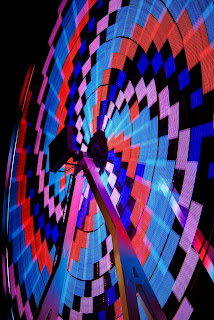 Happy Birthday America!  Another round the wheel we go. The above image is a solar powered Ferris Wheel on Santa Monica Pier. (c.Ted Soqui/Corbis). 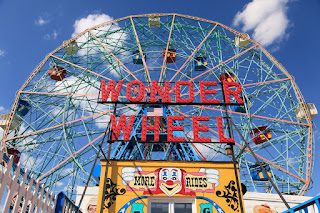 America is very much a country that loves the past. Tradition. Baked apple pie. Fairs. Fireworks. Barbecues. FOOD. Lots of it.

Today on America's Solar Return- we have a NEW MOON- !  Sun and Moon in the zodiac sign of Cancer. Mercury (communications)  is also currently in Cancer, as is Venus. (love and values).  And they all fall at the top of the Solar return chart - for America's 240th Birthday. Just six years away from our Pluto return! (America was born with Pluto in Capricorn at 27 degrees 33 mins.  Pluto is all about transformation. Not always welcomed. It usually requires hard labor pains.


Today all that Cancer energy is in opposition to Pluto in the sky. So we are in make-over cycle already. Dig deep- find the strength in softness. I think its actually harder to be kind than to be ego filled. (aka - me- me- me). Kindness forces us to put our needs on the back burner, sometimes. Not always. Our natural state is usually to think about what is easy for us to do. How to make progress- the easy way. How to make profit the easy way. How to win, without sweat.  America's greatness WAS always based on hard working, right action, progressive thinking. Its not that we don't have those values at all  in our current cultural environment, we do.  Its just they've been modified with an urge to the quick path of riches with the motto- 'don't make it to last'. That's rather funny- to me- as Pluto which is so important in America's chart- is in LONG LASTING CAPRICORN.  Where and when did we switch to the fast lane?  Around 2000.  Just about when the internet was starting to find its way into our living rooms. Around the time that we began to invent at such a speed, as to create a new commerce market.

America has always been about communications- we have Mars in Gemini.(fast talkers!). We have the best phone lines (well, when people USED mainline phones) in the world. Pick up the phone- and there was always a dial tone. This isn't the case around the world. Unless you travel outside of America, to less flowing in the dough countries, you wouldn't experience this awareness.

So, since Pluto is coming back around to its home place in six years, and Saturn (structure/past)  is currently opposite America's Mars, (action) will we take a look at our product in plastic, not made to last industries? I do hope so!

If you think that I am over reaching on my perspective that NOTHING is made to last anymore- I invite you find among your consumerism, items that still work after 10 years. The 'new' and better version is out on the market faster than one can even unpack the current one.

Mind you, I do not join the ranks in this new is needed now attitude. As a matter of fact, my car is still STEEL, (27 years old and still going at 250k miles on the SAME engine, doesn't crumble in a fender bender), my mainline Uniden phone is going on 30 years and doesn't get 'hot' or pour radiation into my head, my Epson printer is 18 years old and JUST recently gave me trouble. This is when I began truly seeing how just about everything is made to fail, fairly soon.

How? I made a trip to Staples, was told that no, there aren't any 'just printers' out there now, and as a matter of fact, now, companies make their profits via 'service' money (repairs) and ink sales! Its actually become an ink business more than manufacturing printers.

I'd advise you to HOLD ON to all your still working products, pre -2000, and just get them repaired- as unless we get a grip on all this electronic waste there is going to be some serious landmine issues. Granted I have lots of Capricorn in my chart, so I do see the benefit in having products that actually out live the latest tabloid headlines, but my reasons are grounded in not only thrift, but thinking about the planet! And that brings me back to a-ME-rica.  (its not a typo).

We are in growing pains! And its going to be painful for a while. Unless we get a grip on the gun control thing, and the fact that YES,  femaleS CAN lead the country, and gasp, likely WILL. Ever think twice about having two men on the Presidential ticket? No. Is America ready for two females on the ticket? YES! Wouldn't that be progress? YES, it would. It would be better than solar power. It would be moon power. Is it going to happen in 2016? Maybe. Maybe not- but when it does we won't blink about it, because- we will grow into it. The time has come to see that yes, it is a gender issue, when a country is 240 years old and still has never had a female lead this country. Last I checked, the work force is filled with woman.

But the other reason this is going to come sooner than later, is because transiting Uranus, which rules 'progressive' is in a sextile (easy) relationship with  America's natal Moon as of two days ago! It will cross over that spot several more times- Aug 26th, and later in 2017. The moon in  the chart of a country represents not just the 'ideal female' but the public. And America's ideal female is a trail blazer. She's out spoken, she's free, and she'll drive herself wherever she damn well pleases, and if that is straight up Pennsylvania Avenue, then move over, because she's NOT slowing down for anyone.


I am not making a prediction for a Hilary win, as I am terrible at predicting the presidential race, I don't want to jinx it.

What else is going on in this birthday chart for America?

Our relationship with the rest of the 'family' of the world needs adjustment. We are America, and that means we have the lovely statue of liberty declaring to the world:

"Give me your tired, your poor,
Your huddled masses yearning to breathe free,
The wretched refuse of your teeming shore.
Send these, the homeless, tempest-tossed to me.
I lift my lamp beside the golden door."


So let us all work on opening our hearts and living up to that creed that the world takes us to mean in action, not just words.

This month of July is all about tapping into compassion, loyal, and divine LIVING. Be loyal not to your country, be loyal to being a divine human. Venus moves into Leo on the 11th, Mercury follows on the 13th. Words from the heart must have meaning, by being practiced in the day to day. Being the King or Queen of the world means nothing if you aren't in the love vibration. Be the Queen of your castle by being LOVING, Kind, and a leader of compassion with a plan!

This is the last month that Mars will be in Scorpio~ so take that deep driven energy and create more depth in your vision, manifest more VASTNESS to see all as ONE.

This month of July will continue to be intense and full of me vs them energy as long as we don't take in the bigger picture.

What America do you want to create and be known for? The one alone and with gates that say: DO NOT ENTER, or with open arms and a lantern held high for those that are lost to see their way.  Just like making products that LAST, let us each make a  America that leaves a lasting loving impression on the world we live in.


Happy 240th America, may you combine progressive and historical values of compassion, individualism, freedom, pragmatic idealism, to reach the summit of love.