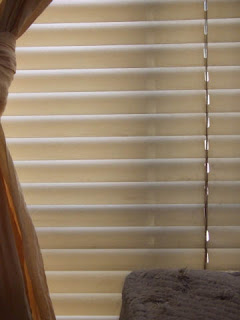 Lots of Virgo energy about us. Venus, Mars, Jupiter all hanging out in the 'workers' sign. Do you feel worn out?  Or are you wearing the title of 'duty' and 'perfectly in line' as badges?  Also possible that you are tapping into the "power of the imPRovement plan".....


Today Mars goes toe to toe with Pluto. Power is the name of the game. Endurance. Able to go that extra mile, on the juice of just how great it feels to have done a job- WELL. This is a pushing aspect. Plug into your work ethic, even though you might 'feel' like going in the opposite direction and seriously consider the benefits of letting it all go. Maybe perfectionist energy is over rated. Maybe our 'best' doesn't even matter. After all Neptune is in a wide opposition to this Mars-Pluto trine. Maybe I will stop buying vitamins, eat whatever I feel like, and tell the political parties in America to work for their money like the rest of us. No more perks. No days off. Government shutdown? You are officially FIRED. Pink slips across the board. As a matter of fact, lets pass a law that says if you have held a government job for more than five years, you are seriously addicted to power- and need to enter rehab. That will consist of working the streets of major cities feeding the homeless. You will be required to do one tour of duty to a war zone. You must travel to every school that has had a shooting spree and hand out flyers about how guns don't kill people, but we aren't sure what does or how to solve the issue. You will be required to log at least 500 hours of community service (you'll be told where by a commoner) in an old folks home- reading the constitution out loud, and also every word on every bill that you ever voted for. After your rehab program you'll be tested to see if you've really been holding your bargain of 'off of power'- we'll (the common people) bug your phone to see if you are discussing in private plans for future office running, or are secretly promising things that can never be delivered. If you fail your power-test, you'll be sentenced to move into the projects (city to be determined to give the greatest punishment) and never EVER be able to move out.

Saturn is in the sign of Sagittarius now. We all need to perfect satirical thinking to enjoy the next two years.

This month- just lay the ground work of the PLAN. Whatever it might be. Learn to LOVE THE PLAN. (Venus in Virgo).

On Nov 2nd Venus and Mars will hold hands in Virgo at 25 degrees. That's deep into the earth sign. What seeds/ideas/concepts/unions you PLAN will show their results in AUG 2016.  They might come darn close to blooming in mid Jan 2016, but alas- Jupiter will turn retrograde just about the time you think the PLAN is complete. Its not. It will be revised for many months and not until Aug 2016 will full HARVEST show its face.  There will be green light blessings along the way- mid- Feb 2016, mid-May2016. Things that LAST do not happen fast. Proper ground work is required. You must defend against virus thinking. You are as strong as you believe yourself to be. No one won the gold at the Olympics with failure attitude.

Sometimes the old house-shoes are so comfortable that we do not ever want to throw them in the recycle bin. But fungus can grow in places that we'd not expect and then compromise our health. So do not be afraid to disinfect. Spic and Span the hidden places that gather unwanted infestations of the negative mind set, habits, and or people who suck your soul.  Virgo is about being clean. In mind, in organizations, in the big picture to the tiny dot. Our big thinking must pass the test of the details.
TOO MUCH can kill you, just as TOO LITTLE can.  BALANCE is the key.

This month do not make promises you have no intention of keeping. They will come back to haunt you. We have a building T- Square of  Jupiter (big is better) Saturn (laws) Neptune (fantasy).  At various times each planet will have more of the focus than others. But, never (even with wide orb) will these three be apart from each other in the coming months. So, you'll be reminded of what you said- when you said it- and HOW you said it. Since we live in techno-village pictures and transcripts will follow you on Facebook until you die. So, no over promising- ok?  Glee is a TV SHOW. Yes, I know they won awards, but ..... keep it real. Do the work. Reach high and Far, but never forget THE WORKING PLAN.

I am reminded of a scene in the movie Shine.