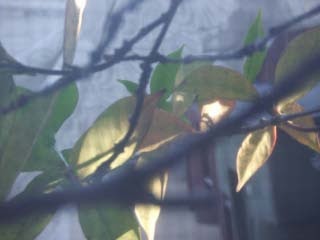 does your eye/mind go to the LIGHT or the garbage cans?

THIS, your 're-action' to the photo is a telling clue to how the month of April will be for you. Because this month, like no other month this year, is chocked full of mega level changes and thus challenges. HOW you respond to them will determine the state of mind you will have for the next FEW months.

We are moving into this month on the heels of a new moon at 10 Aries conjunct Uranus. The job of Uranus is to bring 'new' 'and 'untried' events to your life. New Moons are about NEW STARTS-always.  They are the planting seed phase. So we enter April with a powerful message of - the new will be unexpected. In some cases this planting will be done by you........out of choice. A movement into the unknown- yet welcomed. For others it will be THRUST upon them.  Statements like: "wow, I didn't see that coming" will be common.

But in truth.........things have been brewing for a while......time to take the concoction off the stove before it burns to uselessness and you have to start over. You might have to start over anyhow.........nothing is for certain this month. Even my thoughts are subject to change.........because they already have on the view of Astrology for April.

A few weeks ago- I told someone that I thought "my fellow astrologers are certainly NEGATIVE about April! Gosh, I don't think its going to be THAT dire".............

I sat down and REALLY took a deep LONG look at what was going on. Yes, I knew that we have two Eclipses coming --- (the first one- 25 Libra-FULL MOON on Tax day in America!). Eclipses always rock the boat.......heck they sink it too. And I *knew* about the fifth SQUARE (tension) between Uranus (lightening bolt revolution) and Pluto (takes no prisoners government)........there will be seven of them by the end of 2015...... so we are over half way into dealing with that energy. And countries all over the world are revolting against their governments- which shows it in action. And weather patterns are at extremes which shows it in action......but for you? How will it play out in action in your life? That depends on your RE-actions to events.

But even the above didn't cause me to start sweating and creasing my eyebrows. No. I am strong and Earthquake ready. (and you should be too).

It was the in-between that happens that got me going .........."ummmmmmmmmmmmmm. might be a difficult, and life changing month." Better bolt down the  faith. Better get even MORE supplies". (such as candles,matches, good books, and COMPASSION and  LOVE).

It also got me wondering - if the game was 'fixed'.... If its written that we (humanity) have to go through this patch of GLOBAL SHIFTS- then really isn't the only thing we can do- is watch our RE-actions and master pointing them to the LIGHT?  (btw- this is most difficult in good times- in bad times it takes the mind and heart to line up and STAY lined up)........

So, first question of the day-

What is your attitude towards forced change?

How do you ACCEPT things that are not self-motivated?

Work on realizing within yourself the answer to both those questions. Work on opening to that which you DO NOT BELIEVE you "asked for"..........and you'll fair a lot better in the next few months. Because much of what is going to come down the pike is going to be tied to so many spider webs you won't see the part you played in manifesting it. However, we all do manifest what we need, in order to GROW in SPIRIT.

I did not say this was FUN.  If you wanted FUN you came to the wrong planet.  But, it can be entertainment!!!  And it can be very much a wonderful thing to discover how very strong you really are. How you have ALL the tools to get through the life.

Watching "LIFE OF PI"  might bring some understanding of what I am speaking of. Its an amazing film and full of deep awareness.

The in-between of the Eclipses is this:

ALL BETS ARE OFF ON THESE.

Ok. so do you understand? Its like the house has fires on ALL SIDES. The 'house' represents your spiritual self in relationship to the divine absolute. (and since that is in everyone- your ties to everyone).  No safe shelter really, except for LOVE and COMPASSION. And they won't come forth without the effort on your part to make them a stable reaction to all events.

Some thoughts on the above.......... many many people will choose to leave the earth. This will come about by a super quake or some other disaster. (WAR).  Its so huge these energies that I can not come to any other conclusion. Riots over some ending that came suddenly to some leader. Which one? Your guess is as good as mine.  Might be a leader of faith and or an extremist.  HUGE USE OF FORCE is indicated on the 23rd of April (three days after Easter)......

So- if you are building a house- (literally) this might be a good day to break ground.
(use the energy in a positive fashion).

Its not the day to let your temper fly.

On the 28th we are into the second Eclipse energy- A Solar Eclipse at 9 Taurus. Its path is over the  Southern Indian Ocean- so that is when the "plane" (Malaysian) might be found. Or key factors of what REALLY went on.

Some of us will be dealt bigger shifts than others in the next three months. I don't have to tell you who you are. YOU ALREADY FEEL IT. Yes? If you are not in denial you do. And no amount of vodka, or sex, (or whatever your choice of drug) is going to numb enough to ignore the call for change. Just face it with strength and know you are not alone. LOTS OF COMPANY !

I wish I had some great sage advice in how to handle this turbulent energy. The best I can do is this-

Courage and LOVE  will save the day.