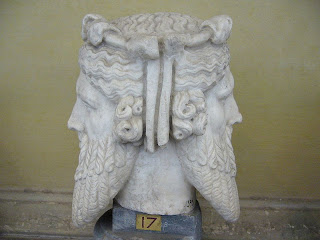 America's going through an addiction problem. AND it is a big one. Our addiction is serious because it requires that we 'act out' ~ and part of that acting out is toward other countries. As in - demanding that they kill in only a certain way. And if they don't completely do as we say, (even if our proof is lacking) we will kill them, in our preferred way- from up high in the sky via a button and a bomb. Or below from water- missile to the shore.  In and out. No getting of the hands dirty. We will use 'smart' bombs because they are 'effective'.  Aren't we a clever nation?  Telling the rest of the world how to kill. We know it best. After all, just 10 years ago we "SHOCKED and AWED" Iraq into hell. We didn't use gas- so it was ok! We didn't have the United Nations agree that we could attack Iraq- (who needs that International court? not us). We actually were proven wrong that Saddam Hussein didn't have weapons of mass destruction (it was a lie) but whose paying attention? The world has discovered WE WERE WEAPONS OF MASS DESTRUCTION!!! Somehow, we think they aren't paying attention. This is our downfall. We talk, (Mars in Gemini) but we aren't good at listening. But at one point even the most deaf political person will hear when the battle comes to our own country. And it will. This is the law of the Universe- what you put out comes right back at you. Oh, I know not every country can afford a Stealth bomber plane- but battle is done in many ways. As we found out in Boston, and 9/11. We aren't immune to the hate that is building in the world towards us. We can reverse it- but only if we get a grip on our 'addiction.'

I could post some pretty sad and ugly pictures of the children that were left without arms, legs, faces, families, and without a future- because of our SMART BOMBS. But I won't- partly because I couldn't type this column through the tears. I would encourage you to do your own search and just see what the USA government has done.

Calling the kettle black when we never take it off the fire, is hypocritical.  This is Neptune in our chart. Its in Virgo. In the 12th house. We hide from our deception. Our leaders talk about the do-gooders we are- how we 'help' by putting out bad dictators- they just fail to show the images of the civilians that are in the way. That Neptune in Virgo is an important part of why we point the fingers out- but don't look in. Its much easier to look at the faults of others.  Its a sickness some Americans in power have. Some tend to forget the thousands upon thousands of lives that our government has destroyed. Media tends to only talk about what other nations do to kill- and how 'we' won't put up with THAT kind of killing, No, SIR!! Neptune in America's chart is in a square to our Mars (war scream) in Gemini (two faces)- and so - we continue down a path patterned in lies and aggression, in the fabric of 'helping'.  The media is fueling the call to war.  Until the public demands journalism that digs below the surface line-asked the hard questions, and tells our CONGRESS to get involved, allows the United Nations to do its job- this insanity will continue- until there is no one left to bomb.

What is really going on? Because anyone with a thinking mind- knows that the reason the killing we do isn't on the nightly news is because it would mean we have to face our very two-faced legacy. The rest of the world sees it, feels it, knows it by direct experience. And this is why they hate us. Not because we have money (680 BILLION on defense) to build our smart bombs to drop on countries that we wish to have control of their oil- (and or a President we can control) I don't think that is the reason. I think its because we lie, cheat, and talk about DE MOCK ER SEE- while spying on our own people, telling other countries they can't torture- and we do it a Gitmo, tell everyone else they have to honor international laws which we ignore and this is the real kicker- we are very very very nosy neighbors that use up most of the resources in the world.  Do we have a good side? YES, we do- but right now- we have such a complex of not being given respect that we have become very dangerous to everyone else on the planet, ourselves included (Fracking anyone?).


America is a Sun Sign Cancer- country- and Cancer can be very defensive. And we are. And right now that is exasperated with Jupiter sitting on the Sun. We could channel that into goodwill,  learning another language (such as any of the thousands that are spoken- instead we expect everyone else to 'learn English' or the language of LOVE instead of WAR) extend our wealth out to others- try to learn the ways of the world- and sit down with the international community and solve this current crisis that we have made 'our business'.  Can you imagine the audacity of another country to have dared to tell us what kind of guns we could use during OUR CIVIL WAR?  Think about it! (This isn't about gas- trust me- or rather it is about gas, but not the gas they are talking about!)

We have a lofty view of ourselves, which is currently compounded now by Jupiter sitting on our Sun. Jupiter expands anything it touches- in a good and in a bad way. Right now- it's making our EGO very very large. Or rather- the president of our country (which is represented by the Sun in the country's chart) - is having a hissy fit, because the people of Syria are being killed by gas instead of bullets.  Rather insane wouldn't you say? I think its much more tied to the Snowden case. Our hypocritical ways have been exposed by one of our own, (transparency anyone?- key word in the election campaign!) and Russia didn't agree to ship him back for his torture session! Oh My! How foolish OBOMBA must look in the worlds' eyes......better do a war call to let the world know how bad-ass I am than send supplies of food and medical to the gas teared community in Syria. Uranus is also squaring our Sun. We have to make ourselves over. Pluto is in opposition to our Sun. The WAR/POWER role is the only one we know! Time to give it up! Reinvent the self. This is hard hard work. It means we must LOOK IN THE MIRROR. Control ourselves and stop with the over importance! Because change is coming. Period. Time to hand over the torch of world power leader to another! And they don't want to. (Washington).

I have a  bit  hope-but just a slim slice -because our addictions are ingrained. The astrology of it: On the 3rd of Sept. Venus will trine USA's Mars- this could be a third party coming to cool the fires- and or new information. This will be the day that the push for war happens. Perhaps this is when they 'talk' about it. Venus is not passive- and the ancient astrologers saw her as a war goddess. SO- I am sure that this is when the CASE for WAR is thrash out.  Our congress not granting Oboma (its not a typo) permission to strike would likely happen on the 5th- (Jupiter sq our Saturn)  That way he saves his Leo pride face and part of the world doesn't have to gear up with gas masks (Israel).  But, by the 7th of Sept. Mars in Leo will conjunct USA's north node. This will show if we have matured at all in our "we are the police daddy of the world" complex. If we haven't, then a strike could happen on that day.

IF the USA doesn't get a grip on this declaring War issue- we really do need to prepare ourselves for retaliation. It will come. Saturn in the sky is square to our nodes (fate/karma making) and the Universe is trying to teach US A LESSON - we think we are always the teachers- but this isn't true. In fact, we now are in a window to learn how to gracefully let go of our battle cries and sit down with OUR leaders and policy makers and learn how to SHUT UP and LISTEN to the people! Sixty percent (or more) of Americans do not believe this is right cause to go to war! Our government is for the PEOPLE by the PEOPLE. We are not at risk! It is a sad situation- but we are not the world police! We are not being threatened!

IF we strike- we will be be condemn around the world (Mars in the sky sq transiting Saturn in first house ) and we will pay dearly for it in all of our dealings with Russia, China, Jordon and every other country that is sick of our interference in matters that have nothing to do with us! We gave up our good standing with Iraq. The world no longer trust America's intentions. On Sept 8th T. Venus will square our natal Pluto. The events of this week will show where we are with "Power".  I think our days  of 'top dog' are over- and we are slowly going to realize this in 2014. We can not stretch our military anymore and its time to look within and grow past a thumping chest teenager into a loving mother.

Amma (the hugging saint) recently was in Washington DC. As a realized soul she knows things that are coming. Perhaps her visit with members of congress and the love she transmitted to them via her 'hugs' can come to fruition now.  PERHAPS we all are just a bit tired of war, and wanting love more.

The "menance that must be confronted" that Oboma spoke of is in our very own hearts- we make the choice- more of the same- or some new HOPE?  The audacity of it is that he's forgotten his own words.

Please do your part on Labor day and write Congress and give a voice to helping America discover the weapon that really solves all conflicts- LOVE.