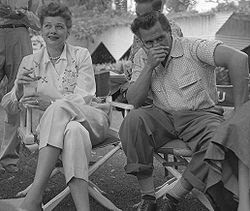 
Yeah. Sure.
TRUST. Venus square Saturn. Its happening, like now. That's the wet-blanket aspect. The never get a frekin day off aspect. (or can't find work) The what's next? aspect.....The you can't get no satisfaction aspect. Sing it, Mick baby.

ok.......sometimes it brings great rewards- but only if you've worked for the last ten thousand years for them. Then MAYBE.

For the rest of the lazy people its- you missed the bargain, the car is totaled, no, you didn't win the case as a matter of fact THEY are suing you now..........its the TIME TO PAY DUES energy............Hear that NSA? (American greedy spies- it not enough to just spy on the enemy you gotta spy on everyone!!)

Let's take a look at America's birthday chart for 2013... its almost here.....and its going to be a humdinger!

Hold on to your hats because the Uranus sq Pluto is soon going to be a crowe bar (T-sq) and we are going to be workin' it. Yarn like you've never seen! Oh, the colors on that spin wheel.........put sunglasses on before viewing the news.

Our birthday chart shows that the entire mess of our wire tapping is going to come and go so fast because of tap shoes and good conversations. We will wow them with the words so much that people will very much be confused in who dune what. Spin it until they can't take it anymore and oh, a MASSIVE EARTHQUAKE would be so welcomed by Washington right now! ANYTHING to change the headlines!!!

Mercury is retrograde until the 20th of July - so the back peddles is going to be used so much your calves will hurt to watch. Keep that date tattooed to your hand, and don't sign until AFTER that date- and then triple check everything- and yes use three filters on the water......I wouldn't trust it either. SAFE? I am hear to tell you no one is ever 'safe' - I don't care how many people eavesdrop on whatever country. Safe has never really been a truth. Its a product of your mind. You will be only as safe as you tell yourself- you are and that means also having a very 'short' list of needs. The world is moving at a high speed- so be aware and forget about being SAFE- just try to hold on and stay SANE.

We got a grand trine in Water for the rest of the YEAR. (and then some). But right now - its powered by the Sun in a Water sign- Cancer- tied with Jupiter (also in Cancer) and throwing kisses over at Saturn (Scorpio) and sending psychic messages to Neptune (in Pisces). We can all get along. But it means you will have to TRUST each other. Saturn turns direct on the 7th of July, so its possible. Tie the knot of trust. Everyone will gain. But even while you are trusting - pick your words carefully - the ones that you say out loud. Just be aware! And you can always get relief by just saying 'the heck with it' and saying your peace and forgiving. Which will likely be what all our Allies do about us 'spying' on them.

Thank god its almost a holiday so we can go burn flesh on the grill, drink beer and not think about it.
I am having a little fun with this blog. I hope you can see / hear that. Its going to be ok. Its just the current drama on the world stage.

July will be fine and dandy. Just don't forget the news-block so that you can keep your wits about you. Sometimes not knowing is what brings peace of mind.

Mars moves into Cancer on the 13th of July. It will trigger the Uranus square Pluto energy starting the 26th- the 31st. Fireworks. Hot stuff. BIG NATIONAL DAY.......do you LOVE your country or the truth more?

ALL I can tell you for sure is this- This is one July no one is going to forget for a long time. Uranus moves retrograde on the 17th- computers are going to need repair or upgrading. Ideas are going to come from outer space. You will be inspired also from within. The Masses will unite from behind the scenes.
To sum it all up- we got a retrograde Mercury (back flips and repairs) a Saturn direct (new laws) a Uranus retrograde (the revolution in AMERICA is starting) and Mars ingress into Cancer.........(which will make the entire world defensive about food and water and being SAFE)..........


So, buckle up Lucy and learn a new language- the one of telling the truth.