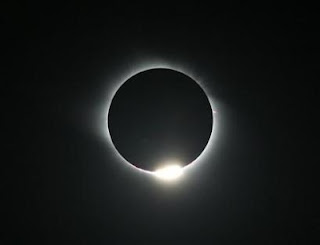 Come gather 'round people
Wherever you roam
And admit that the waters
Around you have grown
And accept it that soon
You'll be drenched to the bone
If your time to you
Is worth savin'
Then you better start swimmin'
Or you'll sink like a stone
For the times they are a-changin'.

~~~
And this is the theme of all Eclipses. Change.  They usher in a collective urge to move forward on a personal level. If this TOTAL SOLAR ECLIPSE in SCORPIO at 21 degrees hits a personal angle or planet in your chart- you've felt it coming long before its exactitude on at .

We will see in the headlines- *(already have!) heads roll ( sex scandal is often the theme with Scorpio)

Well, I'll be darn. Just on time. Have you ever heard them say it 'wasn't a mistake?'..... "Glad I got to have my security (boring marriage) and sex (thrilling lover).".... Ever hear that?  I don't know if it was a 'miss-take'.... but I do think that this is FAR deeper than ANY of us will ever know or understand. Layered. Secrets are deep with this one. I always think they are trying to keep us from looking where it really matters when stuff like this comes out.

It's the start of the season theme of - Death, Sex, Classified information- TOP SECRET, Taxes, BIG MONEY, and double suicide bombings. Yep. They can come in many forms.

I know this isn't what you want to read. I certainly don't want to write it. Informed is better than denial. I think. Actually, you might prefer the latter. There is good news too. Let's get right on with that since I have already told you the worst that could happen.

New heads of State. Unexpected- but not really- its just been a secret until it not!-Prince Charles is due! Said that in June of 2011. He's a Scorpio- and this Eclipse is right on his Sun!! BIG News will be coming out of the Palace this year.

Good news is - Over night transformation because of endings. Some endings are good. They allow RE-BIRTH. Allows for you to explore with passion paths that previously you weren't ready for.   Scorpio is all about shedding that skin you've out grown.  Pushes you forward- FEARLESSLY. Ok, maybe not totally without fear, but that's what the Life Jacket is for. Its your plan "c" if plan 'b' doesn't pan out- since plan 'a' bit the big one.

So go for the dream ! Allow for the obsessive energy to be unleashed and don't look back! Go deep into what you YEARN for. What idea, person, need - just won't go away? Get on with it. Start to develop it. Put 500 percent into it. This is of course- as long as it harms none! Keep it high up on the 'best thing that could ever have happened to me' thought. See the opening through that crack in the tomb and pry your fingers in there- let that LIGHT in!! OUTWARD FROM THE SHADOWS.

just went direct. It’s at zero degrees (the seed for the baby). Spirit contact. Awareness of something greater than just little old ego you. is also about IMAGINATION. FAITH. BIG BIG BIG BOTTOMLESS FAITH. Takes you to astro plane nine. Its a good ride. No hangover is involved. If one is - its not real.  YOU only want now. Or I should say, "if it isn't real- it won't last- so why bother?"

On Nov 16th Mars ingresses into Capricorn. We are happy about this too! Because Mars loves to be in Capricorn. They work well together. They work long and hard and the result is a masterpiece. Or at the very least a really good start. The learning curve goes up. Mars will be in a fantastic relationship with Saturn- you'll be able to do LOTS of effective things this month. Such as preparing fully for anything that might come up as unexpected for Thanksgiving. And lots of things will be unexpected this year. Mercury is retrograde so it is a sure thing for CRAZY travel plans - that require much flexible energy- and also a review of just how much food do we really need to burden our bellies with?  This year many people will be thanking the stars for 'steady' thing in their lives- even if that's your four walls with heat. The simple things seem like the very best gift ever! Like hugging your neighbor who you thought was washed down stream. I am serious and so is Scorpio - Capricorn energy- it shows you what truly has MEANING in your life. It cuts the petty stuff right out. Its the mash potatoes that you thought you were bored with that now taste better than they ever have~ because you added garlic. (Remember the theme of CHANGE? IT can be small and still give a life).

And then... just after Thanks-GIVE-------- we have another eclipse. This one is in Gemini. The twins. Communication.  "Hello, is anyone out there?" Oh, you speak a different language? Oh, I didn't know I had to be multi-tasking in my hearing/speaking. I didn't think I had to go past my own story in my head- make space to hear someone else's story.  Yes, you do. If you want to keep the leftovers from being wasted. And you don't want to waste because you have become much more aware- too aware to do that anymore.

I am not just talking about food here. I am talking about how we can SHARE thoughts and how we can receive thoughts/ideas that then can help everyone in our community. You know- how you made butter in kindegarden. (that is an on purpose typo). Write a new contract- sign it and deliver on the goods - One for all and all for .

The election is over- let's hope the need to argue is too. And that this holiday season is filled with a deep seated need for SOLIDARTY of SPIRIT.