Be a floating ROCK 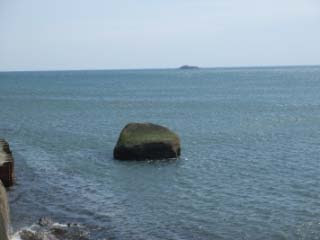 GET READY TO SOLDER IT. This week's news is big. Actually the entire month is full of openings and closings. Actually, let's make that the next six weeks! On the 4th, Jupiter (luck, how you relate, higher education, justice)is going to be stationing retrograde. That means re-wire the way you speak, think, and learn. Re-send messages to divine. (your very self). It’s about having a dialogue that is within - testing out new ideas, working through problems FIRST internally.
This is supported by the following day's BIG shift- of Saturn (just rewards, structure, bones, father time) into SCORPIO. No need to shiver. Unless you are an outlaw, been lying and cheating, and poisoning the earth or Oceans with your foul ideas and actions- then payback is coming and there is no place to hide. Shallow people will be thrown into the caldron of karmic balancing in the next two and half years. BECAUSE Scorpio is all about digging deeper than the core of the earth to find the resources that aren't outside of your self. It’s always IN that you have to go when you are dealing with Scorpio energy. This is some really intense viewing that takes place. That's why shallow people shiver. They are out of the element of comfort- Scorpio throws away everything -for what you deem to be Highest TRUTH.
Globe wise- population control will come into focus. Sexual right conduct. Yes. There are universal laws tied to that magical energy- that is so powerful you can make another human with. To make it cheap by throwing it around like it's just a play thing is to insult Scorpio energy and- no one in their right mind goes around insulting Scorpio. Aids will come back into the living room conversation in families. Or some other deadly disease will show its face. Last time Scorpio was in Saturn was Nov. 30 1982....... flash back..... to then if you were alive... that's just when Aids was surfacing. Safe sex is your duty. If you don't want to be responsible then don't put other people at risk by being risky.
There is also the big hopeful that big pharm will find a solution to some of the sexual diseases that have haunted us in the last decades. Not only is Saturn in Scorpio but it will be in MUTUAL RECEPTION with PLUTO!
Small lesson- Scorpio's ruler is Pluto. Pluto is in Capricorn right now- Capricorn's ruler is Saturn... So the planets are in each other's rulership sign...that makes like they are solder to metal.... not going to come unglued things that are started in the next 2 1/2 years!!
Things that are coming to a close- it’s a done deal- signed and delivered. You'll know it inside before the divorce papers are delivered.
We'll also be looking at the Death Penalty~ some changes coming down the pike with that one. And while we are on the subject of the big D.... It's a great time to give some thought to what that means to you personally, no matter what your age. The grim reaper doesn't send an announcement most of the time..(just comes calling to everyone else right?)...but if we are keen on it- we can make friends with death like issues. Because you know- death happens so that birth can happen. Its not a bad thing- its just a thing that most people never think about until its forced upon them via someone they love shedding the clothes of the body. Again that's OUTER- and I am speaking of the INNER.
How have you grown since Scorpio's last visit (1982). What path did you start out on then- and where have you landed? Are you happy with the spot /view? Do you want to change it? Well, then - that's a death isn't it? So don't be afraid- just move on forward to create what your innermost self DESIRES...Three words to help you look at this: COURAGE, STRENGHT, and BALANCE. Scorpio energy tends to be all or nothing- try to remember balance is going to help you get to the goal. There is NO SUCH THING AS FAILURE. There is only doing- or not trying. Everything you attempt now will be put in the DNA to make you stand tall, take names, and do the job you came to earth to do. This is no time to waste energy.
I know all this death talk will depress people, and that's not what I wish for, so let's also bring to the table the subject of LOYALTY. That's the other Scorpio key word. No one goes to bat for you like a Saturn in Scorpio person. They are just THERE. Since the entire population will be feeling this wave of sincerity, we have a good chance of becoming 'one for all and all for one' as we face the issues of the day. That's not fancy thinking- that's REALITY. What happens in your front yard does affect the man across the world. There isn't room for any of this "this is mine- (clean water)that is yours" (dirty water) kind of thinking with the shifts into Scorpio- but how do we become resourceful together? How do we fight CORRUPTION? That’s going to be the focus in the world- from gun runners- to sex-slave trades being broken up- they like I said will have no place to hide- 'coz Dragnet is on it! Seriously, Saturn will be in a lovely trine with Neptune all this month and next- and that means - yes, SallyAnne, dreams do come true- with hard work, no backing down, and some compassion for and from our fellow living creatures.
And if I were you, I do some serious looking into (investing) clean water companies, the power of water to create energy, and while your at it- buy a bottle of IRON tabets and set it on your breakfast table to remind yourself just how strong you are going to be the time Saturn leaves Scorpio.