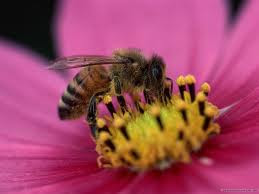 Bzzzzzzzzzzzzzzzzzzzzzzzzzzzzzzzzzzzz............WHERE'S IT going to land? Do you hear it? THE BUZZ is a low pitch right now... but it's building.....day by day. So much is shifting in June. Yet, some people's perspective will stay the same. Can't make the horse drink the water (maybe the horse KNOWS its not clean).... This month will be filled with openings-closings-and some thumbs will get slammed in the process for those that are slow to pay attention to the details. Does the BUZZ lead you to honey? Is it false or real?(nurturing or not)... I know..I am asking lots of questions, but hey,with Sun,Mercury,Venus in Gemini, and Virgo in Mars and Jupiter about to be in Gemini, the mind is just curious as to what is "out there"... You should be too, and you shouldn't worry about the cat getting killed. Now is the the time to ask, research, doubt, come to your OWN conclusions. Drink in the vastness of what is possible. Pay attention to the details. This is true in the area of love, work, realization, knowledge, and ideas! Its all longing to be cracked open- to the great unknown. Just remember to put the seat belt on. Check the parachute string, don't get so carried away you forget to drop anchor. Because with Venus retrograde until the 27th of June, you might decide to return to a former destination after all your wanderings. You'll need a good map and clues to your way back, because the urge is very much to "GO where you've never been"...

This is what happens when we have eclipses...(the kettle of knowledge is being stirred)~ and we are in the middle of them right now. The second one (Lunar Eclipse) will occur on June 4th... FULL MOON.. GEMINI/SAG energy. This is being squared (triggered) today, the 31st, and on June 1st. News of labor unrest,GMO Seeds, FOOD QUALITY, and the work force of the WORLD (not just your little community) will be in headlines. WEATHER (extreme) will give many a pause..especially the farmer. Pray for all the farmers of the world now. Say a prayer every single time you eat for the next 30 days because FOOD is a huge focus for many right now~~ having enough. FOOD SHORTAGES are so real in so many places its shocking that in the USA they are more concerned with what the current idol star is wearing more than the fact that humans are starving to death. Newspapers/publishing houses and over paid sports people will be in the headlines. The pope too- is going to be getting more attention that he ever wished for. Critical review is in order for those in position of power. And the lovely Queen of England is having her BIG spotlight.. just as Venus is crossing in front of Sun.....Ummmmm......Sixty years is a long time to hold on/up to the responsibilities of a country. She's done well; being a mere human and all. I do think that a big surprise is coming with this jubilee. At the tail end of it. Some big shocker. Maybe its the price tag. Seriously, I believe ground work is being set for a huge announcement. This is a bit of her send off. Not that she's leaving the body. I have always thought Charles would have a chance to rule, and will, even if only for a short while. Time will tell if I am correct.

There is lots of chatter about the Venus transit. The word GODDESS is being used often. I must remind you that everyone has yin/yang in them! Will the 'female' rule more so now? Well, women HAVE come into more positions of power as of late- but that's due to Saturn traveling through Libra the last two years. Venus in the olden days (way olden-as in antiquity) was view very much a WARRIOR. Ever seen a Lioness protect her cubs? War often is waged with Venus in highlighted position..and I do fear that Iran is the next target. It will backfire; MotherEARTH is tired of being bombed.

Soon, the ideas of man can come to better use of the brain. Ideas are going to flourish with new energy, new awareness that we are ALL RELATED. Not by blood of course, by divine spark! Its a higher level of understanding. Its full heart understanding. Collective thinking can take us to the peak of beauty, if we will just untie the ribbon that keeps us in the box.