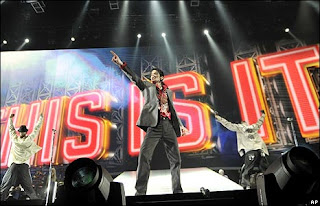 Happy New YEAR! 2012 is going to be a great ride. Full of chances to change the route, the goal, the perspective, AND LIVE THROUGH IT!


Revolutions happen all the time- in our personal life. They come in cycles when we get bored with security, or just need some plain old EXCITEMENT. Some people are wired to need more excitement than others. Those types will really flourish this year.
Overall, its been such a nose to the grindstone couple of years, that most people who are not plugging into the fear manta will welcome some moving and shaking, Elvis style!


The base foundation of this 2012 prediction of revolution is the 'almost here' tense square between the planets Uranus and Pluto. Uranus's(in Aries)groove is to keep it moving to the beat of the future,unknown and INDEPENDENT~ And above all- the grass IS ALWAYS GREENER ELSEWHERE! Pluto in Cappy- is all about holding on to the POWER. That's not bad in-of-itself- we all need to have some pow-wow, fire in the belly, internal confidence and be grounded in our abilities to create-AND-see life everyday in a new way, while not betting the farm away.

YET,the planet *I* want to focus on right now is: JUPITER. Because Jupiter is going to have a HUGE (everything about Jupiter is HUGE) influence on how we 'act it all out'-- personal and collective.

From now until mid June, Jupiter is in the sign of Taurus. An earth sign like Capricorn. Therefore, Jupiter is in a easy relationship to Pluto. They are hanging and understand each other. They support each other. Hang on to what is KNOWN, they both say- "yeah, what's with this change,change,change-the only 'change' I want is in coins." "I want to hang on to my coins,Man." So Pluto helps Jupiter in Taurus keep it as it has always been: "THE RICH get RICHER"....WHY? NOT BECAUSE they are "bad people" or "GREEDY"- (even though those do exists)= BECAUSE IT TAKES MONEY TO MAKE MORE MONEY. Another key word for it is: INVESTMENT.

So the first question you need to ask yourself in 2012, isn't "what is going to happen in December?".... THE question to ask is - "What do I wish to 'invest' in this year?"....AND break it down into two parts. First six months of 2012 you'll need/want/wish for one thing. By June/July of 2012-its going to be an entirely different ball game, with completely DIFFERENT players and goals. (And that goes for the election too- but I am not going there right now).


BECAUSE....On June 11 2012, Jupiter will enter the sign of Gemini. And that's the sign of: ideas, lots and lots of choices,transportation,the written word. It's also the sign of 'the twins'. So the back and forth-'they look alike' but that are different- will color the battle of choices.
Also- key here - Jupiter will begin to march toward Uranus. And they are FRIENDS. Jupiter in Gemini LIKES Uranus in Aries. A LOT. They have lots of new possibilities to discuss. Not just about clean energy, and how to start a revolution without blood, but they just like to TALK! And talking creates new treaties, and marriages between expanded goodwill and CHANGE.

So four years after Obama made "change" the most popular word for 2008, its going to actually be a reality in our world. I don't know if he'll be leading us all down the yellow brick road though. I personally think its going to be someone whose not even on the scene right now.

The reason the Uranus/Pluto is going to move from "stuck" to actual "shift" is Jupiter's placement. It is key to how that square between Uranus/Pluto acts itself out. Right now- its helping Pluto; But by June,it's support goes to Uranus. We could say,that in the sky political alliances are going to change. Big time. Be ready.

The second half of 2012 is really when it gets exciting and people really feel that they can create the life they want. It will happen with lightening speed in some cases. "Sudden" moves that shock friends who haven't heard the internal call for the wild ride into a new life.

So sing loud and out of tune if you wish- but whatever you do, SING your song in 2012.