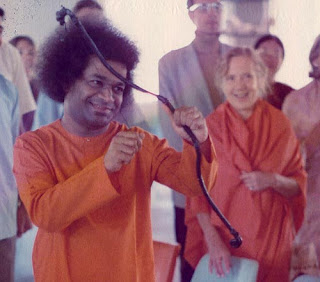 New Moon today. In Leo. Seven degrees. Its about big dramas now. Everyone is a 'performer in this play'.... Say your lines loud and try to not fall off the stage or take the show too seriously. You know Leo is a big kid at heart!

And the heart is where its at now. Expansive show of love, loyalty,and bravo. Lots of that! Just watch Washington right now. Whoever said that politicians were unattractive actors was correct. This new moon is in a square to Jupiter in Taurus- and that's the big money show down. Woe are we without drama in America. As I think on it, we seem to not be able to function without some level of separation going on at all times. The last years have only been about separation for this country- seems not enough to have three wars abroad going on, we need one here as well! The two party system will always be at each other's throats, why do people get so worked up over it? Don't they know that the party leaders actually LOVE this. It makes their job exciting, otherwise they would have no outlet for the creative. They certainly do not take it personal. They have dinner with each other, laugh at the outrageous statements....and all the while the at home folks stop speaking to those that think differently. Its a comedy of errors to think that Washington is going to embrace unity.


One must remember that PLUTO and JUPITER are in a favorable earth trine~~it will be worked out, so don't get all bent out of shape about it. Have some chocolate, and enjoy the show. Take bets on whose going to get more PR than the other guy, and for Divine's sake- FALL IN LOVE NOW! Don't waste this Leo energy on pride and fixed perspective. Take a stroll down the curvy path lined with sweet scented flowers. Really, this is a very romantic period of the summer. Venus has just moved into Leo, and Mercury is about to go retrograde back into Leo- so that's a nice line up: Sun, Venus, Mercury~ making the mind and heart sparkle with wit and love poems. Get away from the NEWS and Mundane world soap drama.

In less than a week Neptune will re-enter the last degree of Aquarius. Update your computer software, expect the next wonder drug to be pitched, and look out and develop a new friendship with an old pal. Revisit compassionate brotherhood as a belief system. Until Jan 2012 we can refine the simple notion that we are all one. It is the unseen in us that makes us all one. The inner spark. You don't get here without it. And can we get a little positive energy habit going? That's LEO! Embrace it.

From Aug 2nd until Aug 19th Mercury will be retrograde, so clean out the closet, and clean up your diet. Look to what the physical heart needs to function properly. As of Aug 3rd Mars will be in the sign of Cancer, so FOOD and how you grow it, digest it, and the cost of it will be in the news. Those that don't have ENOUGH will be highlighted. Think about that! Be thankful that the Sun comes out to help grow your food, even if you don't do anything at all. That's grace. It's all around you everyday; from the air you breath (for free) to the smile given from a stranger. We are blessed in so many ways, count them. When Mars gets to the degree of the last Solar Eclipse (9 Cancer) we will see some action. Maybe a shaker even. That window is Aug 14th- 25th. What is family to you? What seeds did you plant at the start of July- and do you see something forming? If not, water more, complain less.

On the 30th of Aug Jupiter will go retrograde. At that time you can review if the month has been a success in the area of love and money and the art of living a fast life in the slow lane; In the end of life, when its all said and done, you aren't going to be thinking about who said what on the senate floor, it will boil down to one word: LOVE.