The lights are out but everyone is H*OM*E 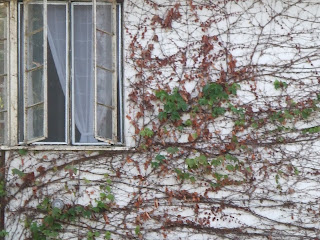 There are times in life when you don't know where you are going. You walk along in the dark, the PITCH BLACK, unable to even see your hand much less the outdated map you have stuff in your pocket. Astrologically, we are in one of those times. The window of opportunity is open, but its best to stay looking within to find your way.

Mercury stationed retrograde today. We will be reviewing, missing important facts, and to speed along as if everything is normal will only increase the odds of stumbling, even falling, and hurting yourself, with stubborn regret that you didn't walk slow, breathe deep, and mark your tracks with red flags, so that if you have to re-trace you can find a way back.

We are in the period I call: "the window of change"......... its the shadow time right before the Eclipses to come. New Years Eve marks the first one. (HINT:I am staying home in prayer and ritual work!) Lunar Eclipse to be follow by a Solar Eclipse on the 14th of Jan. 2010. HELLO NEW YEAR!!!!! Sunglasses are on, and you don't have all the clues to the beginnings or the endings- changes will blindside you, so best to stay on steady ground until you are very sure of your center.
Its not unlike the time right BEFORE childbirth or crossing over. Sacred, Scary and also THRILLING!


The entrance of 2010 is a like a circus revival with Mars (action/war) in LEO (performance/king) currently retrograde as well! So we have the gas pedal stuck to the brake- you are going nowhere fast, so you think, feel and its likely true. Try from now until the end of Jan. to just go inward. That is where the progress will be made. Watch the show with your special 3-d glasses, coz its going to get VERY interesting. Issues of HOME, ( OM OM OM !) security, food, kids, and mothering- will be high on the agenda. Our first Lady is going to need a vacation this year. America is going to fess up to being broke. They are still in fuzzy land math up on the hill.

The Solar Eclipse that comes mid Jan will throw heads of state on the unemployment list. I am expecting many a corporate office/country to have a sudden desire for new leadership, and elders will be back in demand. No more being lead down the cave by Indiana Jones wanna be's- its the real deal or nada. And by Feb 2010 you'll be able to spot a fake from a mile away. Plastic trying to come off as STEEL COLD IRON will not do anymore.


Jupiter is entering in Pisces, and then Aries- and its doing it in record time- from Jan-June. Jupiter rules gurus- such as THE POPE. Since he got knocked down on Christmas day, I am convinced its a sign of the real thing to come. His retirement may be early and his replacement a pioneering choice. Maybe Obama's not the only one that's going to make history in this next decade.


I wish I could say 2010 was going to be easy. But I would be lying and since all three of your eyes are going to be open after these two eclipses, you'd know it.