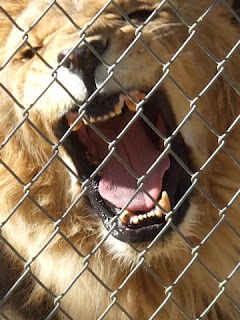 We are being saturated with Aquarian energy for the next few weeks. This means anything and everything is possible. It also means that over the top will have a new ladder mark, past the big blue sky. All of humanity will be and can be touched by events that unfold, in the next week. I expect that the headlines will be filled with shocking close calls. Airplanes will continue to be explosive, so remember that even though we’ve been flying machines in the air for a very long time now, when it’s YOUR time it’s YOUR time. So fear not.

Feb 17th @ 8:27 am (PST) - Mars (aggressive movement) and Jupiter (balloon man) are conjunct in Aquarius @ 10 degrees. This is a very inventive degree. Both planets are known to not be familiar with the brakes, but strong on the gas peddle. When they are teamed up its ‘fearlessness’ and heroic energy. In some it will inspire them to surpass all caution and leap into the air with glee over beating the odds. And many will beat the odds. BIG WINS can happen, but also over estimations. Best to butter both sides of the bread. Have faith in all your projects, confidence will be your best bet, but also come prepared to that submit! No climbing Everest without enough oxygen.

On the 17th six planets will be in Aquarius, and the SUN will be in the last degree. Closure is as important as the starting. Don’t burn bridges with endings that come now. Take the humanitarian view: “we are all mother, father, brother, sister to each other.

The lady who had 8 kids at once – is a bit of what the Mars /Jupiter energy in Aquarius is like. Records have been broken, people have been shocked, and through ‘inventive measures’ having more than just one or two babies at a time is now possible. It is a collective matter. Is it correct behavior? Well, Aquarians are usually know for not passing judgment on others- because in the big long overview- which only divine has- things can have meaning and purpose that with limited tunnel vision we might not understand. A God-Man named Christ reminded us that to judge others meant that we too would be nick picked over. What if one of those eight born of Ms. Suleman ends up playing an important role on Earth one day? What if one of those babies is history making beyond just surviving with seven other humans in the fetus? How are we to know that the second Christ hasn’t just been born? Point being: we don’t.

But what if lots of people started having 8 babies at once, would the world explode? I think the world is already exploding. Mars and Jupiter will help us to see how we can aid each other but how we also need to take individual responsibility to the whole. How our ‘actions’ (mars) can affect belief (Jupiter) systems. What does it mean to be HUMAN? This is a good question to ask now. How can I best be a FRIEND to others? Another topic that is going to be popping in the headlines- Nations as friends. FRIENDLY NATIONS, SPIRITUAL BELIEFS OF COUNTRIES and the ‘rights’ of their people. Who is chum chum with whom and why. Expect much shifting in the next few months. VERY SPECIAL RELATIONS.

Mars and Jupiter linked up also means----- religious wars, and in Aquarius can be the race to the newest technology that helps heal and destroy. It depends on ‘intention’ which it will be. Computers are going to play even a bigger role in our lives for the next 12 months. That’s how long Jupiter will be in Aquarius. GROUPS and THE GURU as friend and motivator will play a huge role in many people’s lives. It is true that when things get tough, people turn to prayer or more spiritual subjects, this we will witness across the globe.

On Feb 21st-22nd Mercury the communicator /messenger will be at the 10 degree Aquarius point, thus activating this Mars/Jupiter conjunction. During that time- important news and mergers are likely. We might realize the importance of our word choice during that week. How words can be a great force- for goodwill or for warfare. Viruses on the net? Get your computer updates now!

I can’t look at the chart of this line-up without thinking of “OUTER SPACE”………. I do think NASA will make great discoveries. And some fantastic new global ‘alliance’ is at hand. Mars and Jupiter were last conjunct in Aquarius on Jan 20th 1998. Seems like a lifetime ago doesn’t it? What was going on in your life at that time? What new friends did you make? Are they still an important part of your life? Did you set out on any important journey/goals then?

For me, the time period is very well remembered and marked one of the most important points in my life. I had literally (almost to the day) returned from my first trip to India, where I met my Guru in person. The contact changed my DNA. My life no longer was the same. There has been no looking back. A spiritual commitment during the Mars/Jupiter alignment is one of the best uses of energy.


ROAR like the Lion……let your intentions be known. Don’t hold back………
Love with ferociousness!................…..and remember the wise words of Peig Sayer: “I think everything is folly except for loving God”.