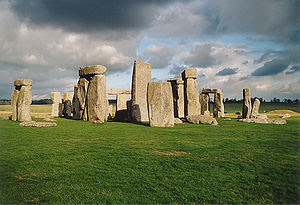 On Nov. 26th Pluto (the reformer) will REenter Capricorn. It made a brief stand in that sign last Jan-June. Rewind the mental tape and look at what was 'expected' of you then. Did you drop the ball, or was it snatch away? You have a second chance-.................

Now, on its second entrance- its here to stay for the next 15 years. PLUTO IN CAPRICORN is about as controlling as it gets. So we are about to witness the governments all over the world carry a very thick stick, and lay down 'how its going to be'. If you don't agree with the path we've been on, you'll be happy for a while, that is until you understand what you will be asked to SHED, to help the 'collective' get there.

This change will be very slow, and extremely long lasting. The transformation won't happen over night, but by the end of its run there will be an entire new world order. And ambitious undertakings are still high on the list. If you thought that Obama's winning would mean 'less government' you might be correct- but its going to be very concentrated energy- so the most powerful people that hold the ACE CARDS will be admitted, only top notch movers and shakers in the castle. Within the next two years they will be tested and challenged- and thrown out on their ears if they can't perform like the Olympic Gold team.

Set your own goals and don't waiver, you will set yourself apart from the regular joe that way, make some history of your own.

Look where you have Capricorn in your chart- that will give you a precise map of where the labor pains are going to be. Its going to be a very long labor, start breathing deep now. 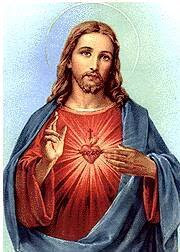 Venus engages Pluto- for the very last time in the sign of Sag. Well- for the last time until several hundred years........so yes- its a big deal.

Heart is at the center of everything. Passion and Power. If it isn't done with full throttle heart felt energy, don't bother- leave it until you can give 500 percent.....that might take 500 more life times......you make the choice.

Know that if you can't muster up ocean deep compassion/passion right now- for a cause, a person, a beloved animal, a higher being, or your yoga practice- you aren't making use of this *one last time* conjunction of Venus- (love) and Pluto ( powerful passion/transformation) in the sign of Sag.

Sag energy is about our beliefs and also represents our gambling nature- (it is sort of a gamble, to believe in the unseen isn't it?) also our athletics desires. Its also about HUMOR. So don't let the joke or sense of fun miss you. Try to reach for higher laughs now. And Sag energy rules all people of a different culture than your own. So foreign interests and the power they hold over you will be a theme. Big MONEY issues. China comes to mind.

People will feel strongly about what they love. The love/hate- its bad for me model will be in full swing. Many will be working out demons. Excess behavior will catch up with you and hard work with a focus on the whole will pay off in numbers that you'd never imagined. Sag rules the thighs and the liver...........


Look to where this LAST degree (29 Sag) falls in your chart for a clue how to reach for what everyone told you was impossible.

In Obama's chart it falls in his 11th house. ( house of congress/ and friends). He'll be making some BOLD choices. I bet his cabinet looks like the United Nations.

If love isn't working for you with who you are with - now that will be painfully obvious.

Big Endings bring new Starts....just bring the heart along with you whatever path you tread.........